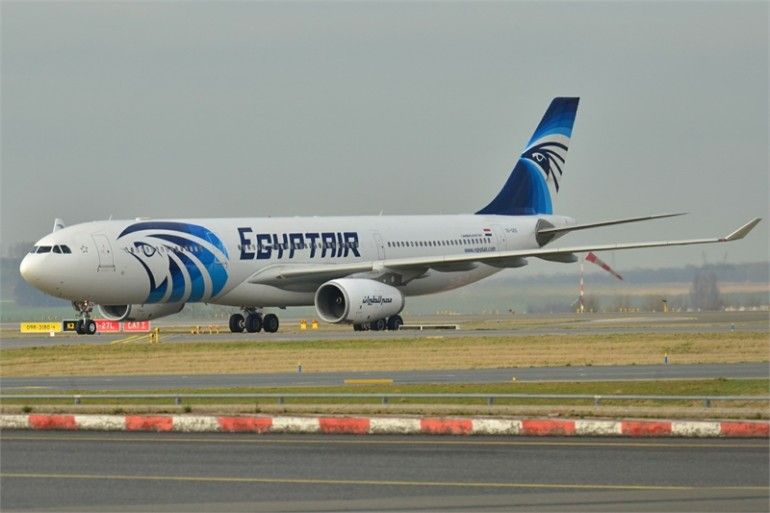 The airline said the plane lost contact with radar at 02:45 Cairo time (01:45 BST). Its final contact with air control was 10 minutes earlier.

The airline said the plane had been 10 miles into Egyptian airspace, over the Mediterranean Sea, when it disappeared.

However, Egyptian civil aviation authority spokesman Ihab Raslan told Sky News Arabia that it was about to enter Egyptian airspace when it disappeared. He said the plane had most likely crashed into the sea.

France's Prime Minister Manuel Valls said: "No theory can be ruled out on the cause of this disappearance."

It has deployed one C-130 an early warning aircraft and a frigate, while helicopters are on standby.

EGYPTAIR A320 was at a height of 37.000ft, and disappeared after entering the Egyptian airspace with 10 miles.

Meanwhile, an aviation source said the Civil Aviation Ministry was working to gather information on the technical state of the missing plane.

Ahmed Abdel, the vice-chairman of EgyptAir holding company, told CNN there had been no distress calls from the plane.

The New York Times quoted Ehab Mohy el-Deen, the head of Egypt's air navigation authority, as saying that Greek air traffic controllers had told their Egyptian counterparts that they had lost contact with the plane.

He said: "They did not radio for help or lose altitude. They just vanished."