A cargo plane of Azerbaijani Silk Way company crashed in Afghanistan, killing seven out of nine people on board, according to preliminary information, Azerbaijani Report News Agency said. 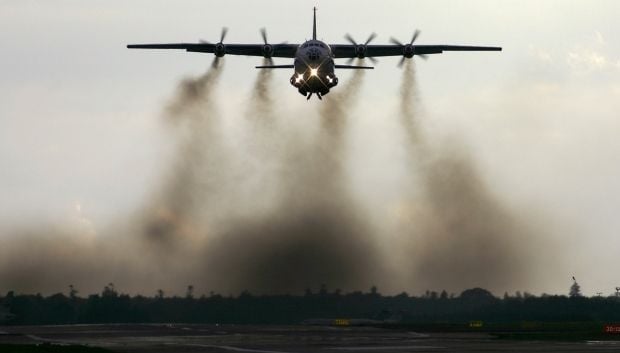 Report informs, Azerbaijan State Aviation Administration said: "An-12 cargo plane, rented from Silk Way for cargo shipping purposes, crashed in the province of Helmand, Afghanistan, while it was taking off from Dwyer Airport at 18:30 Baku time." "There were an Uzbek (captain), three Ukrainian and five Azerbaijani citizens on board," the administration said.

Azerbaijan State Aviation Administration has released a statement on a crash that happened in Afghanistan involving a cargo plane of Silk Way company, Report informs.

Read alsoEgyptAir jet disappears over Mediterranean Sea"According to inaccurate information, an An-12 cargo plane, rented from Silk Way for cargo shipping purposes, crashed in the province of Helmand, Afghanistan," the administration said.

The administration has already set up a task force to investigate the accident.