Two Chinese fighters have carried out an "unsafe" intercept of a U.S. military aircraft over the South China Sea, the Pentagon says, according to the BBC. 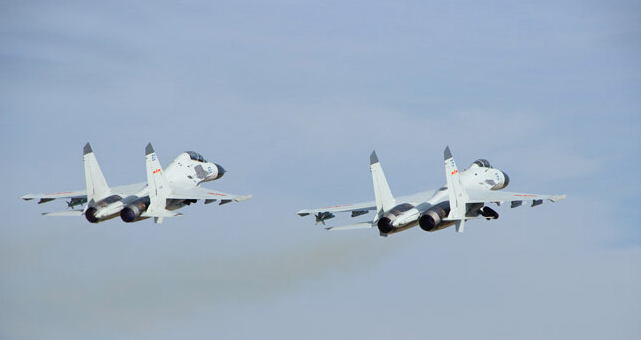 The incident happened in international airspace on May 17 as the U.S. maritime reconnaissance aircraft carried out a routine patrol in the area, it added, the BBC wrote.

Tensions in the region have increased recently, with China and the U.S. trading accusations over military activity.

A military official quoted by the Associated Press news agency said the U.S. pilot was forced to descend about 200ft (60m) to avoid a collision.

The defense department said it was addressing the issue through military and diplomatic channels.

"Over the past year, DoD has seen improvements in PRC actions, flying in a safe and professional manner," the statement added, using the initials for People's Republic of China.

China, in turn, has criticized increased U.S. naval patrols and exercises in Asia.

Rival countries have wrangled over territory in the South China Sea for centuries, but tension has steadily increased in recent years.

Its islets and waters are claimed in part or in whole by Taiwan, China, Vietnam, the Philippines, Malaysia and Brunei.

China has backed its expansive claims with island-building and naval patrols, while the U.S. says it opposes restrictions on freedom of navigation and unlawful sovereignty claims – by all sides.

The frictions have sparked concern that the area is becoming a flashpoint with possible global consequences.