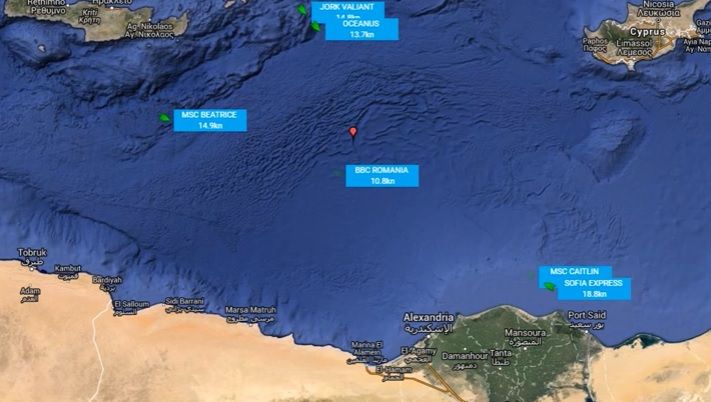 The navy said it had found the debris about 290 km (180 miles) north of the coastal city of Alexandria and was sweeping the area in search of the plane's black box recorders, Reuters wrote.

President Adbel Fattah al-Sisi offered condolences for those on board, amounting to Cairo's official confirmation of their deaths.

Although fingers pointed toward Islamist militants who blew up another airliner over Egypt just seven months ago, no group had claimed responsibility more than 24 hours after the disappearance of flight MS804, an Airbus A320 that was flying from Paris to Cairo.

Egyptian Prime Minister Sherif Ismail said on Thursday that it was too early to rule out any explanation for the disaster. The country's aviation minister said a terrorist attack was more likely than a technical failure.

Read alsoEgyptAir confirms discovery of MS804 fragmentsFriday's announcement that debris had been found followed earlier confusion about whether wreckage had been located. Greek searchers found some material on Thursday, but the airline later said this was not from its plane.

While there was no official explanation of the cause of the crash, suspicion immediately fell on Islamist militants who have been fighting against Egypt's government since Sisi toppled an elected Islamist leader in 2013. In October, the Islamic State group claimed responsibility for blowing up a Russian jetliner that exploded after taking off from an Egyptian tourist resort. Russian investigators blamed a bomb smuggled on board.