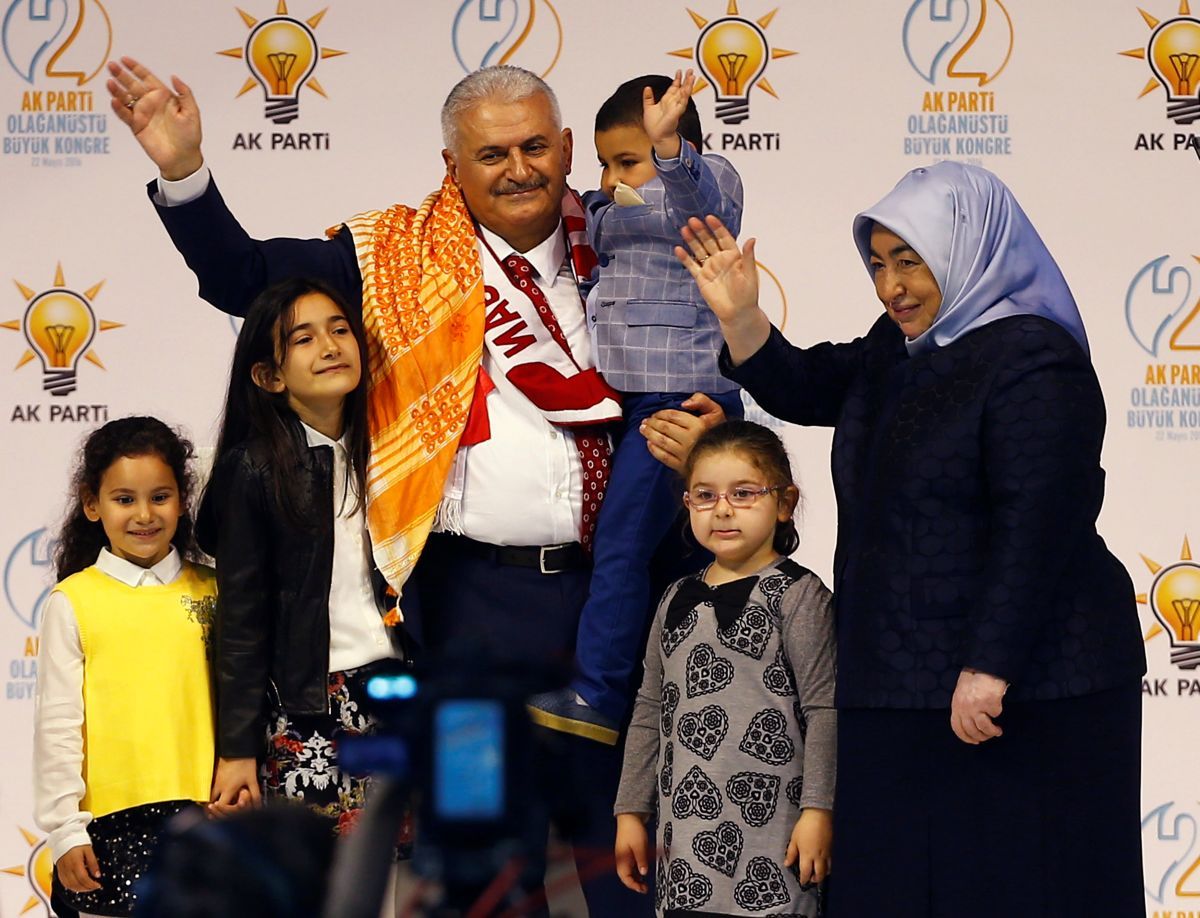 The president first accepted the resignation of Prime Minister Ahmet Davutoglu and his cabinet on Sunday following the result of the AK Party extraordinary congress in Ankara, TRT World reported.

However, Erdogan requested that Davutoglu and the cabinet members stay at their posts until the new government is formed.

Yildirim, 60, who was the sole candidate to run for the party’s leadership, garnered 1,405 out of 1,411 votes in the election held at the Arena Sports Hall in Ankara on Sunday. Out of the 1,411 votes, six were declared invalid.

Davutoglu had served as foreign minister from 2009 to August 2014, when he was elected chairman of the party after then-Prime Minister Recep Tayyip Erdogan was elected president.

Davutoglu became the second chairman of the AK Party after 13 years of Erdogan as leader.

Yildirim, a co-founder of the party has served as transport minister (with other portfolios, including maritime) in five Turkish governments under Prime Ministers Abdullah Gul, Erdogan and Davutoglu.