Russian journalist and politician Lev Shlosberg has been awarded the inaugural Boris Nemtsov Foundation prize for "defending the values of freedom and democracy in Russia," according to The Moscow Times, which quotes Russian news agency TASS' Russian-language service. 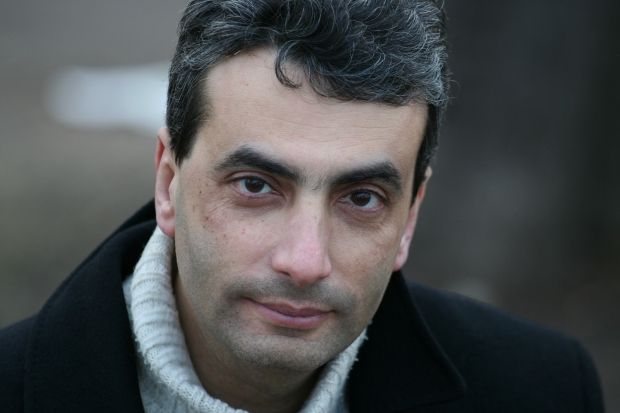 Shlosberg will be awarded the prize in Bonn, Germany on June 12 / Photo from wikipedia.org

Shlosberg will be awarded the prize in Bonn, Germany on June 12, coinciding with the Russia Day national holiday, said chairman of the foundation's board of trustees Vladimir Kara-Murza Jr., The Moscow Times wrote.

A total of 45 people were nominated for the award before five finalists were selected by a poll on the website for the Novaya Gazeta newspaper. The overall winner was chosen by secret ballot.

"I am grateful to receive this award, but it's a sad award; it is not a reason for joy. It was created in the memory of the slain man who defended his beliefs. It would be much better if he was alive," Lev Shlosberg told the Moscow Times Monday.

Read alsoNemtsov's daughter to share her Solidarity Prize with UkraineThe Boris Nemtsov Foundation was set up in Germany in November 2015 by Zhanna Nemtsova, daughter of the slain opposition politician. The foundation provides assistance to "people persecuted in Russia for political reasons," and was created six months after Boris Nemtsov's murder on the Bolshoi Moskvoretsky Bridge near the Kremlin.

The prize for "courage in defending the values of freedom and democracy in Russia" will be awarded by the foundation once a year.

Lev Shlosberg is the publisher of an independent newspaper in the northwestern city of Pskov and a former member of Pskov's regional parliament for liberal opposition party Yabloko.

Read alsoNemtsov report: At least 220 Russian soldiers killed in fighting in UkraineIn 2014, Shlosberg carried out an investigation into the deaths of 12 paratroopers from the Pskov-based 76th Airborne Division, whom he believed had died while fighting in Ukraine. Russia's Chief Military Prosecutor refused to disclose information on the deaths, calling it a "state secret."

A week after Shlosberg's newspaper published the probe into the funerals of the two soldiers allegedly killed while fighting in Ukraine, he was beaten unconscious near his home.