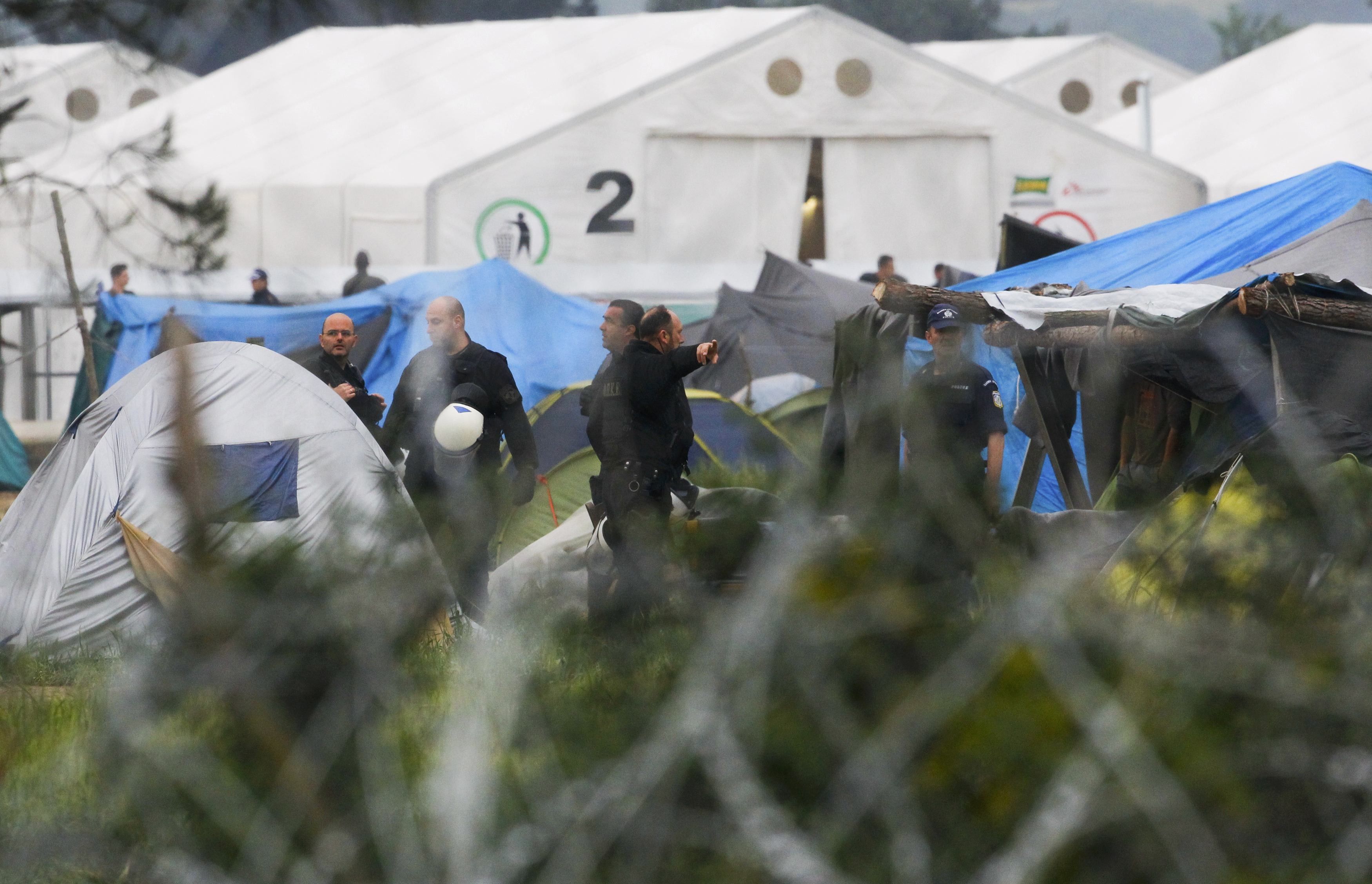 Hundreds of riot police moved into the camp at dawn, but the authorities have stressed force will not be used.

The Greek-Macedonia border was closed in March.

Read alsoEU aims for joint European coast guard by summer -- ReutersSince then at least 8,400 people - many of them women and children - have remained stranded in the border area, having been prevented from continuing their journey to northern Europe.

Only journalists from Greek national television are being allowed to film the clearance operation. Others are being kept back at a roadblock along with some aid workers and a group of children's entertainers who used to organise activities at the camp. When the buses pass us, clowns jump up and down and dance at little refugee children who wave back.

Many of the migrants are from conflict zones in Syria, Iraq and Afghanistan. They have been living in tents with little food to eat.

Read alsoEU states agree to make it easier to suspend visa-free travelLast week when a BBC crew visited Idomeni camp, many expected this clearance operation. But they were reluctant to leave their location by the border gate with Macedonia, even though it has remained firmly closed since March.