A strategically significant Syrian airbase, used by Russia, appears to have been almost completely destroyed - according to new satellite imagery exclusively seen by the BBC. 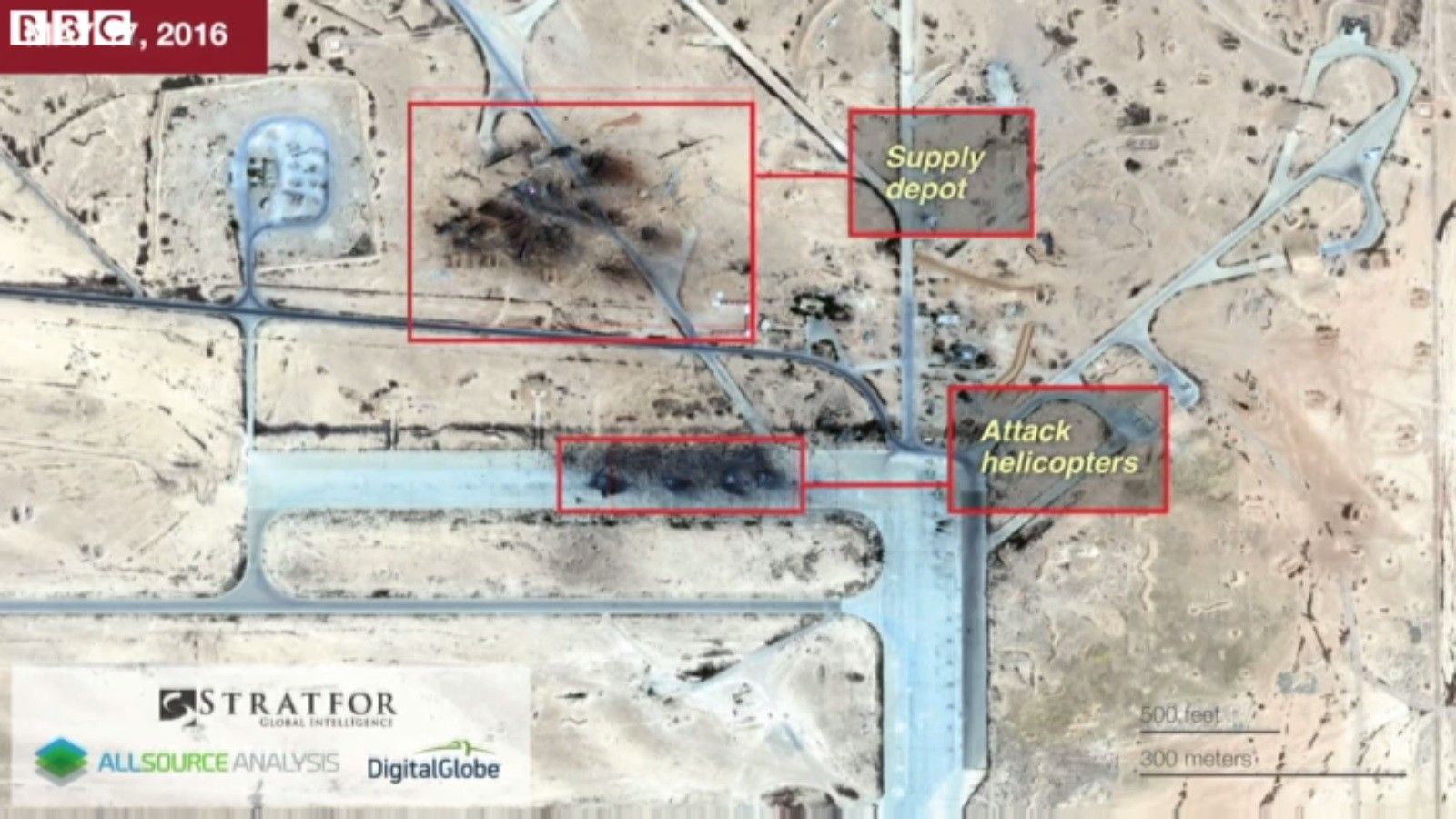 The Tiyas facility - near the recently re-captured city of Palmyra in Syria - was repeatedly hit - with the so-called Islamic State presumed to be behind the attack, BBC reported.

An entire Russia combat helicopter division and around 20 supply trucks were destroyed in the bombardment. It is not clear if any people died.