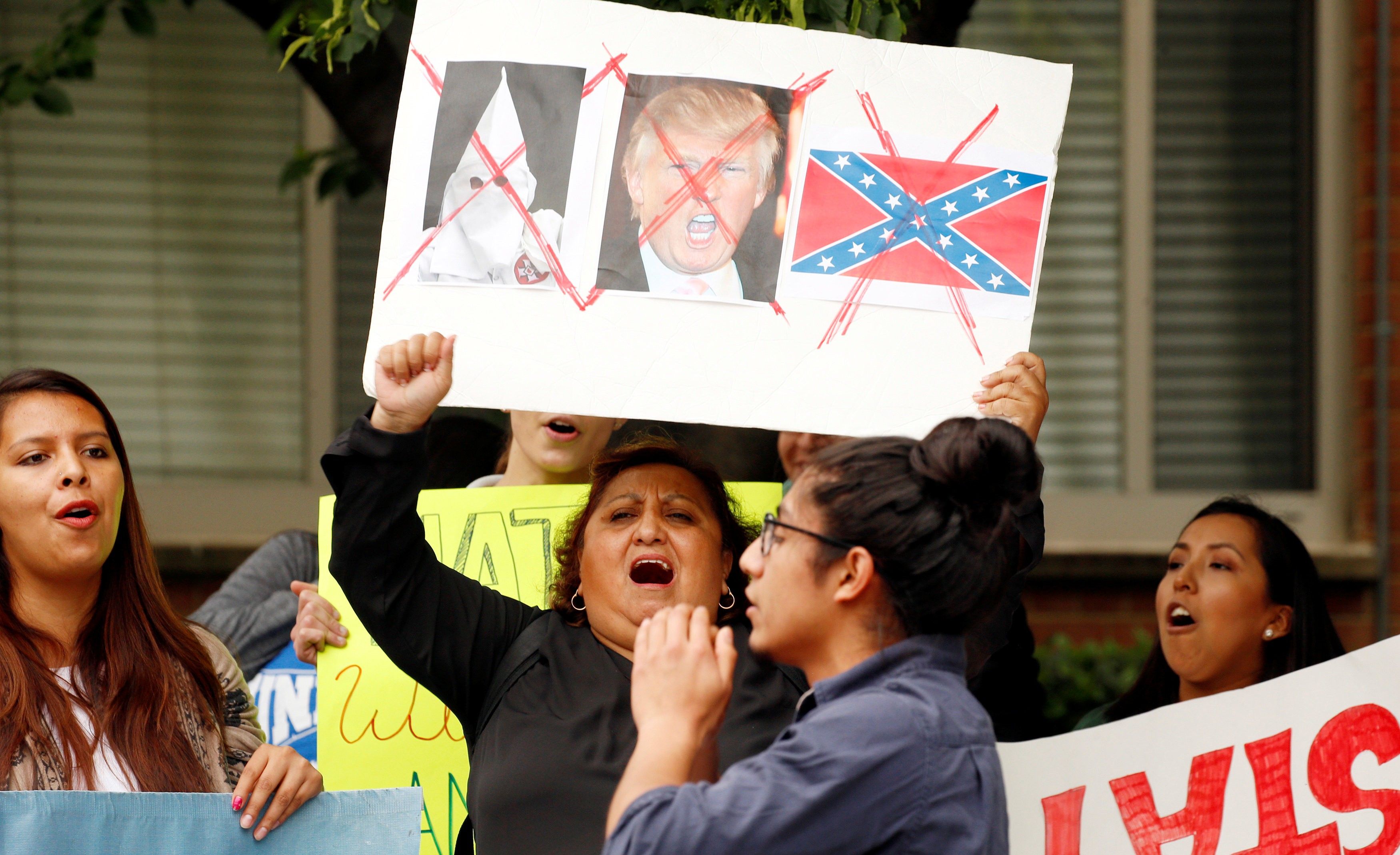 Protesters threw burning T-shirts and plastic bottles at police outside the rally at a convention center in Albuquerque, the BBC wrote.

Demonstrators held banners that read "Trump is Fascist" and "We've heard enough", and some waved a Mexican flag.

Police responded by firing pepper spray and smoke grenades at the crowd.

New Mexico is the most Hispanic state in the U.S., and Trump has angered many with his comments on illegal immigration and his plan to build a border wall with Mexico.

Read alsoTrump says unlikely to have good relationship with British PM CameronThis is not the first time violence has broken out at Trump's rallies. He cancelled a gathering in Chicago in March after clashes between his supporters and opponents.

Albuquerque is the first stop of Trump's tour of New Mexico, and his rally came on the same day he easily won the Republican presidential primary in Washington state.

Read alsoTrump: Putin's good things about me won't help him in negotiationHis opponents have dropped out of the race, and he is now just a few votes short of securing the 1,237 delegates needed to officially become the Republican candidate for November's presidential election.

New Mexico's Republican Governor Susana Martinez has been critical of Trump's attacks on immigrants and has not yet said if she supports his candidacy for the election.

She and other senior members of the local Republican party stayed away from Tuesday's rally.