The number of foreign visitors to Turkey fell by 28% in April, official data showed on Friday, the biggest drop in 17 years amid tensions with Russia and security concerns after a wave of bombings, according to Reuters. 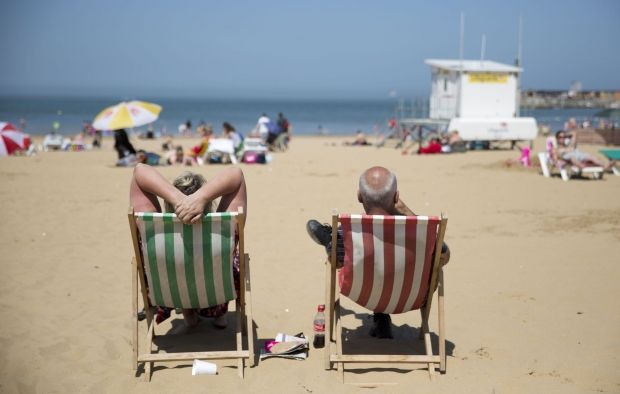 The decline signals more pain for Turkey's economy, which is smarting from slowing exports and weak private investment. Some economists have forecast that tourism revenue will drop by a quarter this year, costing around $8 billion, or the equivalent of 1% of GDP, Reuters reported.

The drop-off does not bode well as Turkey heads into the May-August high tourism season, when European holidaymakers usually flock to its southern beaches.

"As we move from low to high season in tourism, the deterioration in tourism statistics gets more and more significant," said Deniz Cicek, an economist at Finansbank in a note to clients.

Tourism fell 28.07% year-on-year in April, with 1.75 million people arriving, data showed. It was the biggest drop since May in 1999, when the Kurdistan Workers Party (PKK) militant group launched a bombing campaign and warned tourists to stay away after the capture of its leader Abdullah Ocalan.

The number of Russian visitors all but evaporated, falling by nearly 80%, the data showed. Russians traditionally account for one of the biggest groups of foreign visitors after Germany, but they have stopped coming after Turkey shot down a Russian warplane over Syria last year, souring relations.

The number of Germans fell by more than a third.

"The substantial decline in tourist arrivals this year was not limited to Russia, and spread out to all major tourism partners of Turkey to some extent," Cicek said.

The pronounced drop in tourism is yet another headache for a government trying to win back investor confidence, Reuters wrote.

Read alsoTurkey expects over 10% more tourists from UkraineSentiment has been battered by security fears and worries about President Tayyip Erdogan's growing power. It was given a boost this week when Deputy Prime Minister Mehmet Simsek, seen as an anchor of investor confidence, retained his position in the new cabinet. However, Simsek's authority has been curbed in his new role, and security concerns continue.

Turkey has been hit by a wave of suicide bomb attacks this year, including two in Istanbul - its biggest city and traditional tourist draw - blamed on Islamic State militants. In January a suicide bomber killed 12 German tourists when he blew himself up in the city's historic heart.

Three Israeli tourists and an Iranian were killed in March when another suicide bomber blew himself up in Istanbul's most popular shopping district.

Read alsoTurkey could block migration deal with EU over visasThe NATO member faces multiple security threats. It is part of the U.S.-led coalition fighting Islamic State in Syria and Iraq, and also battling the decades-old militant insurgency in the largely Kurdish southeast region.