Brussels understands it perfectly well that the Black Sea will never be a "NATO lake," Russia's Permanent Representative to NATO Alexander Grushko said in an interview with the Rossiiskaya Gazeta daily to be published on Tuesday, according to Russian news agency TASS. 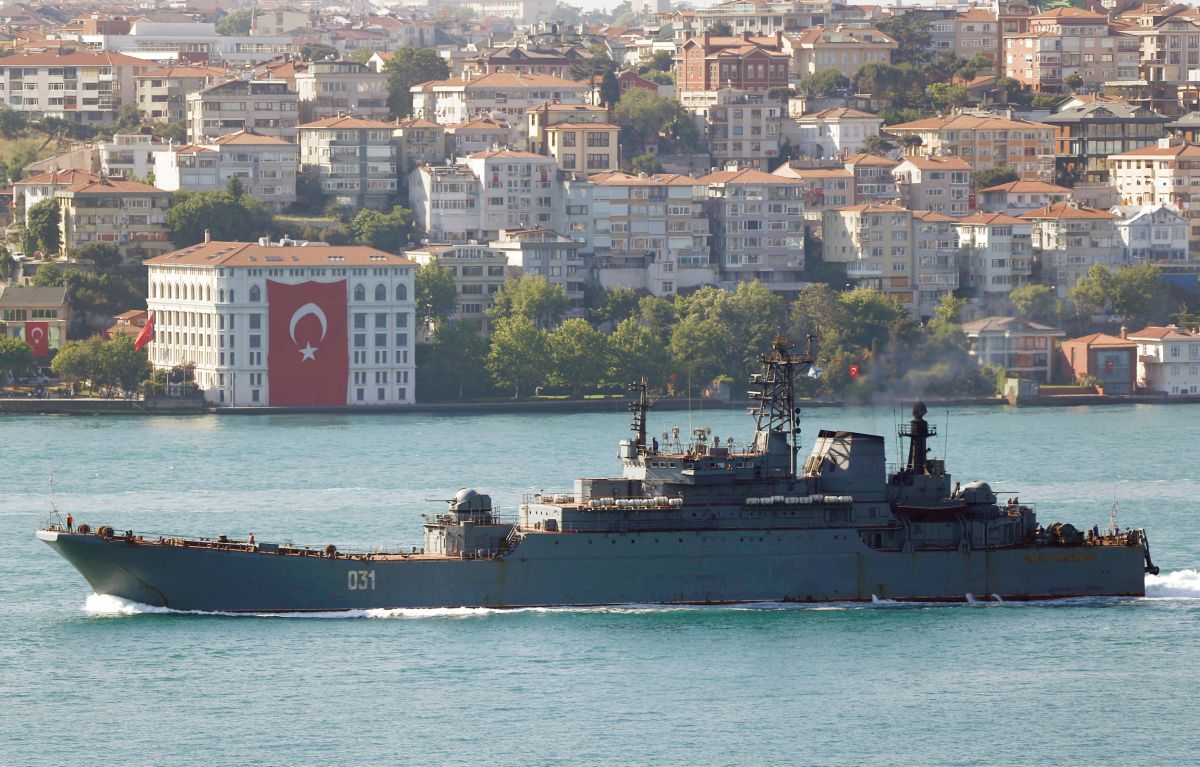 "Today, NATO is seeking to transfer confrontational schemes into the Black Sea waters," he said. "Turkish President Recep Tayyip Erdogan has said recently that the Black Sea has nearly turned into a 'Russian lake' because of NATO's absence there. But NATO understands it perfectly well that the Black Sea will never be a NATO lake, and we are doing our best to neutralize possible threats and attempts to exert pressure on Russia from the south," TASS wrote.

He recalled that Russia's Black Sea Fleet "was involved in the international efforts to stabilize the situation in the Mediterranean region and south of it." "Thus, the fleet's ships took an active part in anti-piracy operations in coordination with NATO and the European Union," he noted. "Now, NATO has denounced that."

Speaking about the current situation in Russia-NATO relations, Grushko drew attention to the fact the "tendency towards worsening of relations has not yet exhausted itself."

"Judging by the results of the recent meeting of NATO foreign ministers, the alliance is set to continue the policy of 'containing' Russia, despite its own calls for political dialogue," the Russian diplomat said. "I don't want to say we have a 'cold war' in our relations with NATO, but the alliance seems to be opting for the cold-war-era security schemes. And it causes alarm as they imply not only politics but military buildup as well."

"Policies are materialized in hardware and the numerous measures taken today by the United States and its allies in Europe are geared to tighten such confrontational model," Grushko stressed. "And this model will impact further policies."

According to the diplomat, cancelling the Russia-NATO Founding Act would be too dangerous as it would lead to a new spiral in the arms race.

"The Russia-NATO Founding Act remains one of the few deterrents," the diplomat said. "That is why we believe its importance should in no way be downplayed," he added.

The NATO ambassador drew attention to "political forces existing in a range of NATO countries that come out in favor of renouncing the document". "That would be extremely dangerous. Then, probably, it would be possible to say that Europe is at risk of losing the remaining instruments to ensure security that would not be based on a balance of threats and counter-threats," Grushko said.

"Renunciation of the Founding Act, its provisions about restraint in the military sphere will become a direct invitation to a new phase of an arms race," the diplomat stressed. "This development of the situation will substantially destabilize the situation in Europe, and it is not in the European interests," he added.

Grushko has also pointed out that the absence of tensions in the Russia-NATO relations is not the only factor of European security.

"The quality of European security will depend not only on our ability to defuse the current tensions in relations between NATO and Russia in military terms but also on our ability to establish real collective cooperation in counteracting common security threats," the diplomat said.

"The situation looks more encouraging here because pragmatic interests are taking the upper hand. We see that despite attempts to use the organization like NATO as an instrument for isolating Russia, practical cooperation on key international problems and security challenges develops in other formats," the Russian official stressed.

According to him, over the past decades the international community and the European countries have created a fairly advanced system of arms control within the Organization for Security and Cooperation in Europe (OSCE) and developed measures, which allowed preventing and thwarting the threat of emergence of deliberate military incidents, and other instruments, including "hot lines" among the military.

"Russia has concluded a whole number of bilateral agreements, including with some NATO countries," the diplomat said. "They have proven to be good, especially in the Russian-Norwegian relations, and have been applied quite effectively in the north of Europe," Grushko stressed.

Grushko also named other formats, including the Middle East "quartet", the International Syria Support Group and the "Normandy four". "Therefore, countries, which take part in such efforts and which are ready to cooperate with Russia on the genuine collective basis; on the basis of equality and respect for our lawful security interests should apparently retune the policy of organizations of which they are members. I mean not only NATO but also the European Union," Russia's Permanent Representative to NATO concluded.

Read alsoFormer NATO chief Rasmussen to consult PoroshenkoNATO is using the Ukrainian crisis to picture Russia as a ‘big enemy’ it needs to justify its existence, Grushko said.

"The current processes should be looked upon first of all from the point of view of geopolitical interests of the countries concerned," he noted. "And such analysis demonstrates that the Ukrainian crisis was used as a pretext for radical changes in NATO's policy and military posture. I'd prefer not to go into conspiracy theories but the real-life analysis reveals that NATO feels absolutely uncomfortable when it doesn’t have a big enemy."

"I would like to note that even before the Ukrainian crisis Western political analysts were wondering if NATO would be able to exist as an instrument fitting the new security situation," the Russian diplomat said. "Today, we see that the image of a big enemy is used to solve absolutely different geopolitical tasks of placing NATO back in the center of global politics and proving that the only way to ensure security is NATO-centrism based on strategic linkage between Europe and the United States. And for these ends the alliance needs a big enemy confronting it."