Two people were shot and killed on the UCLA campus Wednesday, university officials said, according to CNN. 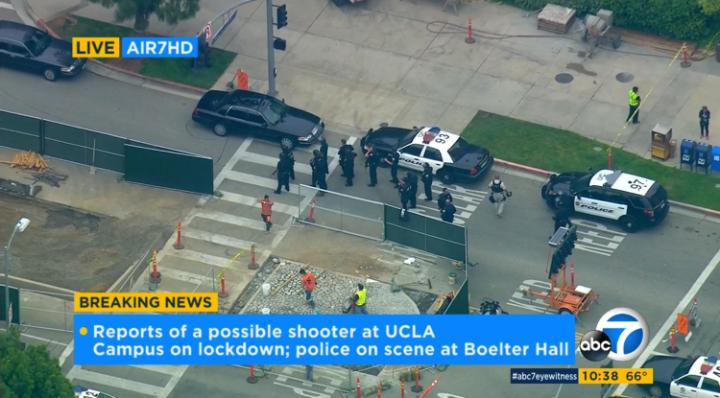 Officials put the campus on lockdown as authorities investigate the incident at Boelter Hall, a science and engineering building. Large groups of police with long guns patrolled the streets of the campus of more than 40,000 students.

SWAT officers and dozens of squad cars filled the area as police tried to clear campus buildings floor by floor.

Read alsoReuters: Multiple deaths and injuries after shooting at Oregon college"If it's a personal thing between a couple of students, then it will be a local police matter. If by chance it turned into a terrorist situation, then the FBI would have primary justification over that," CNN senior law enforcement analyst Tom Fuentes said.