The German parliament has approved a resolution declaring that the mass killing of Armenians by Ottoman Turks during World War One was a "genocide," according to the BBC. 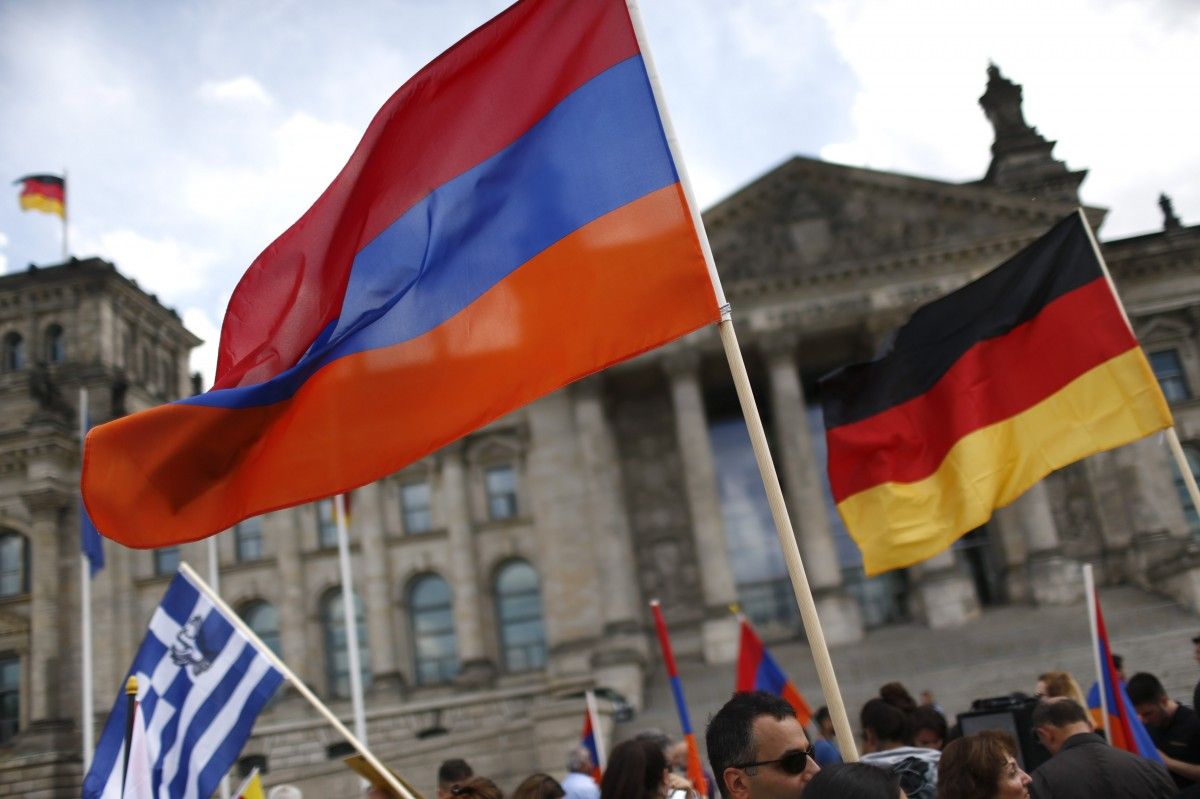 Turkey is bitterly opposed to the Bundestag (lower house) resolution, and has warned that it could hurt ties, the BBC reports.

Armenians say up to 1.5 million of their people died in the atrocities of 1915. Turkey says the toll was much lower and rejects the term "genocide."

The timing is awkward, as the EU needs Turkey to help stem the migrant influx.

A spokesman for Turkey's ruling AK party said the move would damage ties with Germany; Armenia's foreign minister said it was a "valuable contribution" to the "international recognition and condemnation of the Armenian genocide."

More than 20 nations, including France and Russia, as well as Pope Francis, have recognized the 1915 killings as genocide.

Turkey denies that there was a systematic campaign to slaughter Christian Armenians as an ethnic group during WWI. It also points out that many Turkish civilians died in the turmoil during the collapse of the Ottoman Empire.

Chancellor Angela Merkel was not in the Bundestag for the vote. Her Christian Democrats (CDU), their coalition partners the Social Democrats (SPD) and the Greens all supported the resolution, and the vote in favor was overwhelming.

German MPs came under pressure from Turks in the run-up to the vote, including threatening and abusive e-mails, German ARD news reports.

Turkish Prime Minister Binali Yildirim said approval of the resolution would be "irrational". And Turkish President Recep Tayyip Erdogan phoned Mrs. Merkel, warning her that ties would suffer "if (Germany) falls into such a game".

The resolution uses the word "genocide" in the headline and text. It also says Germany - at the time an ally of the Ottomans - bears some guilt for doing nothing to stop the killings.

Read alsoTurkey could block migration deal with EU over visasUnder a deal struck in March, Turkey agreed to take back migrants - including Syrians - arriving on the Greek islands, in return for EU aid and a pledge to give Turks visa-free travel to most of Europe.

German-Turkish relations were also strained this year by the case of comedian Jan Boehmermann, whose obscene poem about Mr. Erdogan prompted a criminal complaint from the Turkish leader.

Last month a court in Hamburg ruled that Boehmermann's poem was satire, but banned him from repeating the sexual references in it, deeming them unacceptable.

Germany plans to repeal a clause in the constitution prohibiting insults that target foreign leaders - the clause invoked by Turkey in the complaint.