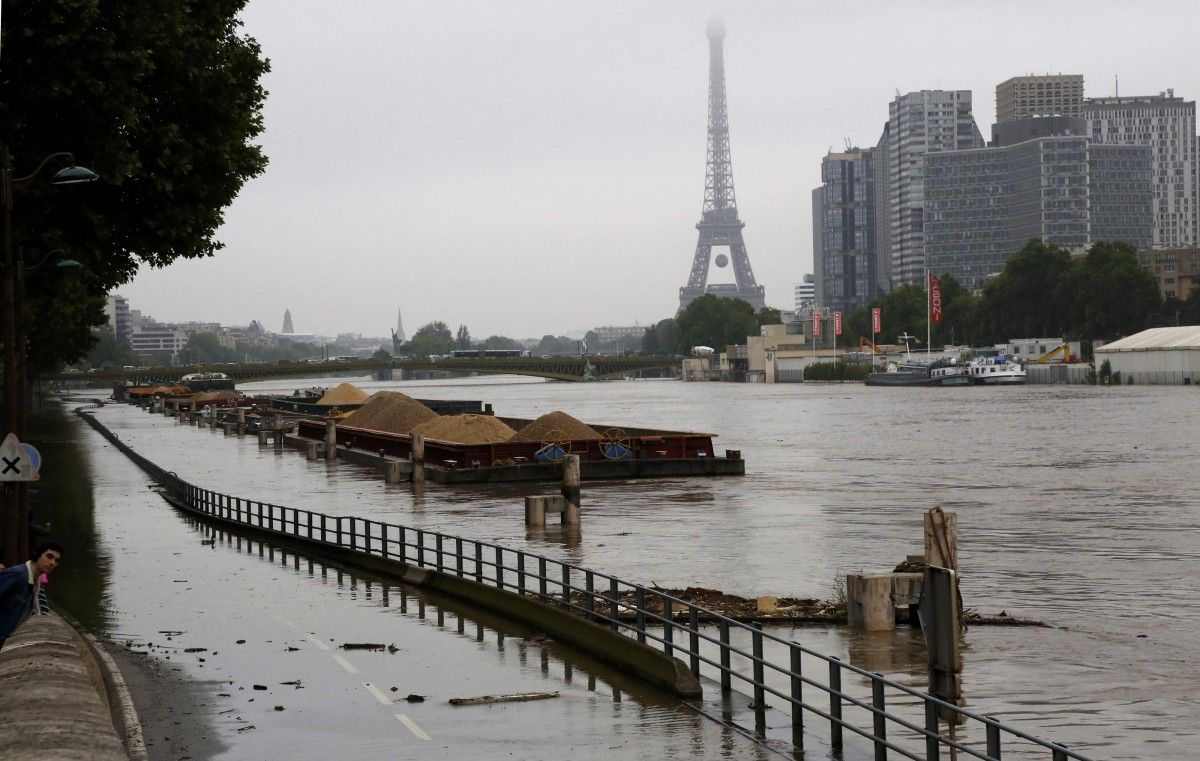 The world-famous Louvre and Orsay museums have been shut so staff can move priceless artworks to safety, according to the BBC.

Flooding across France and Germany has left at least 11 people dead and forced thousands from their homes.

More downpours are forecast through the weekend across a band of central Europe from France to Ukraine.

As much as 50mm (2in) of rain is expected to fall in some regions in just a few hours.

French President Francois Hollande said the weather was a serious climate phenomenon and a global challenge.

He is to declare a state of natural disaster in the worst-hit areas, which will free up emergency funds.

In Paris, emergency barriers have been put up along the Seine, which burst its banks in places.

Rail operator SNCF has closed a line that runs alongside the Seine in central Paris.

About 25,000 people are without power in Paris and central France.

In Nemours, 3,000 people have been evacuated from the town center. The town's Loing river, a tributary of the Seine, now has levels not seen since the devastating floods of 1910.

Six weeks' worth of rain has fallen in three days in the Loiret department, submerging roads and forcing drivers to abandon their cars.