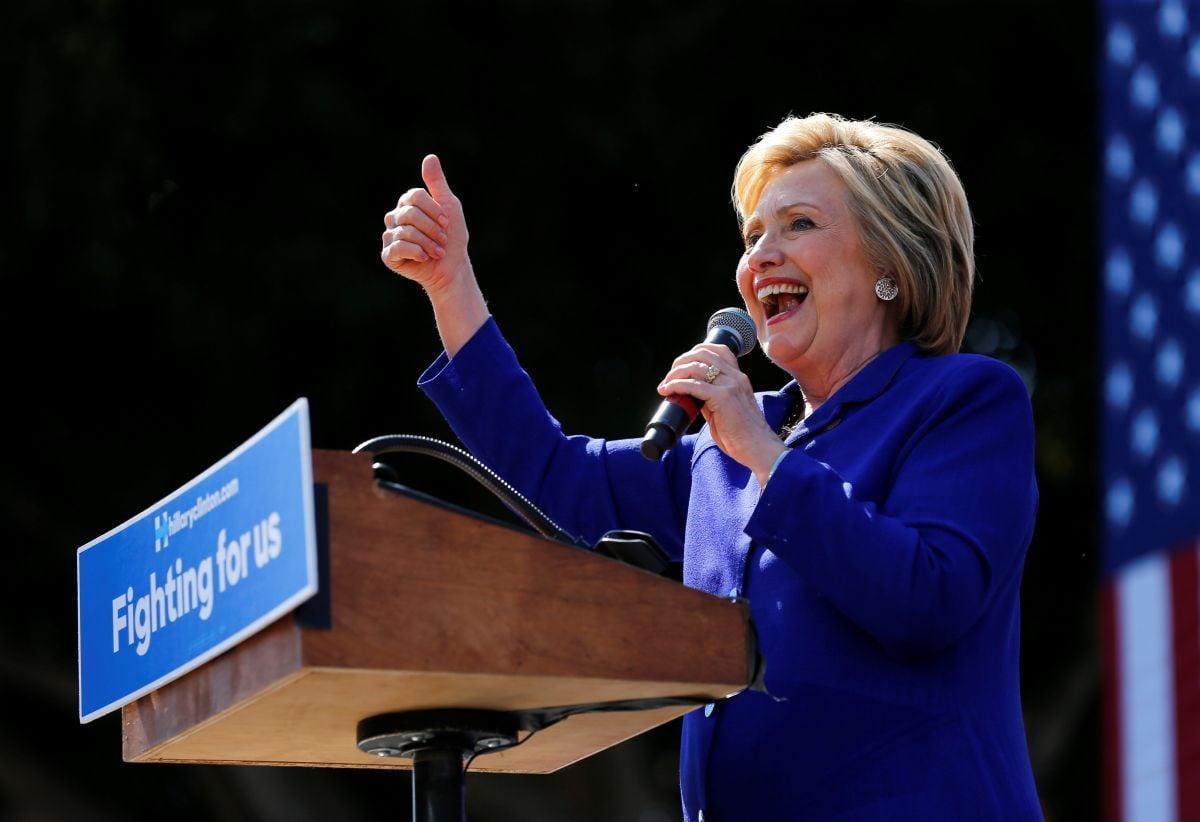 A strong showing in Puerto Rico's Democratic primary on Sunday and additional support from superdelegates put Clinton, 68, over the top to become the presumptive nominee. She has secured 1,812 pledged delegates and 572 superdelegates for a total of 2,384 delegates -- one more than needed for the nomination, CNN reports.

Clinton's delegate count will grow Tuesday when six states, including delegate-rich California and New Jersey, hold contests. Speaking in Long Beach, California, on Monday, Clinton said she was still focused on the states where voters head to the polls Tuesday.

"We are on the brink of a historic, historic unprecedented moment but we still have work to do, don't we?" she said. "We have six elections tomorrow and are going to fight hard for every single vote, especially right here in California."

Read alsoU.S. election: Trump 'wins enough delegates for Republican nomination' – BBCAfter three decades at the center of American politics as a pioneering -- and deeply controversial -- feminist icon, the victory brings Clinton within reach of finally cracking the "highest, hardest glass ceiling" she lamented eight years ago when she conceded the Democratic race to Barack Obama. The former first lady, senator from New York and secretary of state will officially become the Democratic nominee at next month's convention and will face presumptive Republican nominee Donald Trump in a general election battle that is already shaping up as one of the nastiest campaigns in modern U.S. history.