At least 11 people have been killed by a blast which targeted a police bus in central Istanbul, officials say, according to BBC. 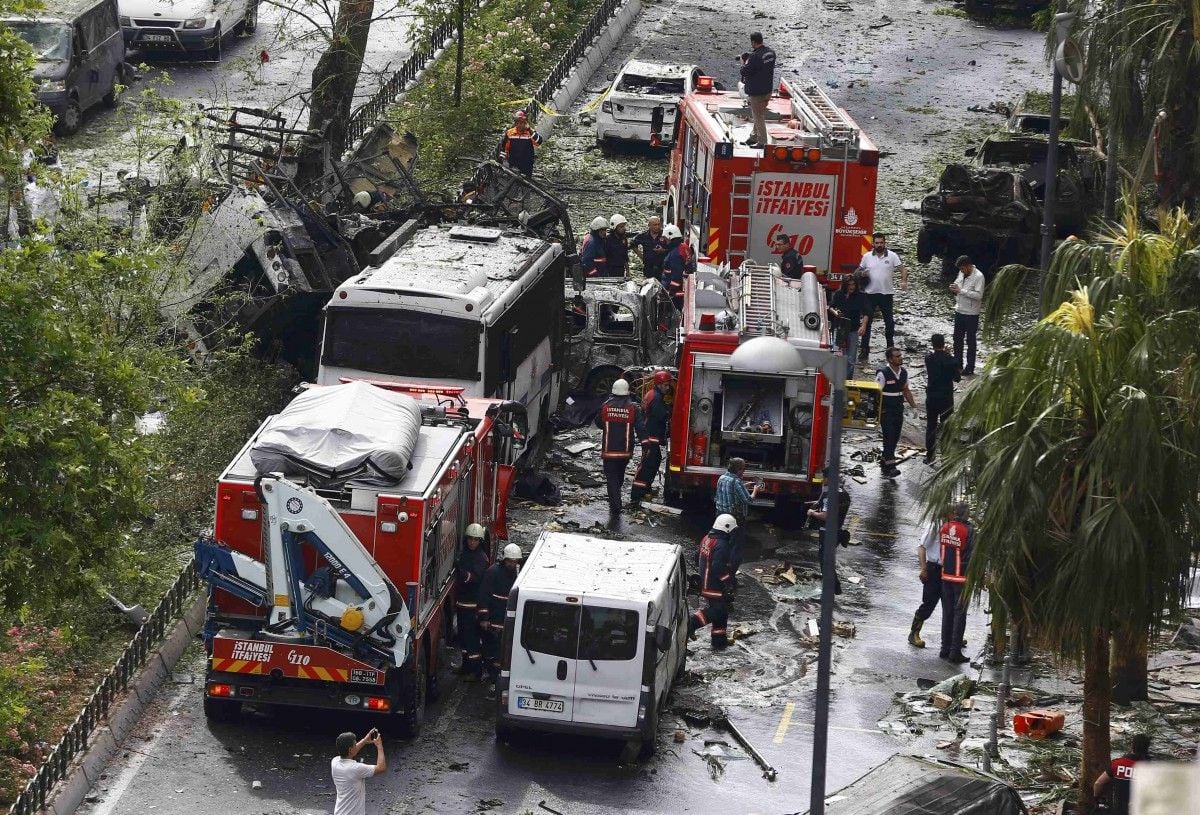 The remote-controlled device was reportedly detonated as the vehicle passed through the busy Vezneciler district at the morning rush hour, BBC wrote.

No group has yet taken responsibility for the attack.

Violence in Turkey has escalated recently as a result of tensions with Kurdish separatists and the conflict in neighboring Syria.

At least 36 other people were injured, Istanbul's governor said.

Read alsoReuters: Vehicle explodes near Istanbul military base, seven hurtPictures showed the wreckage of a bus destroyed and the facade of nearby buildings damaged. Armed police were also seen next to the site.

Reports said gunfire was heard in the area after the blast.

Both the so-called Islamic State (IS) and Kurdish militants have said they were behind recent attacks in Turkey.

President Recep Tayyip Erdogan has said terror groups are targeting civilians because they are losing their struggle against Turkish security forces.

Read alsoKurdish TAK militant group says it was behind Ankara bombing that killed 37Turkey is part of the U.S.-led coalition against IS and allows coalition planes to use its air base at Incirlik for raids on Iraq and Syria.

And a two-year-old ceasefire between Turkey and the Kurdish militant PKK broke down last summer.