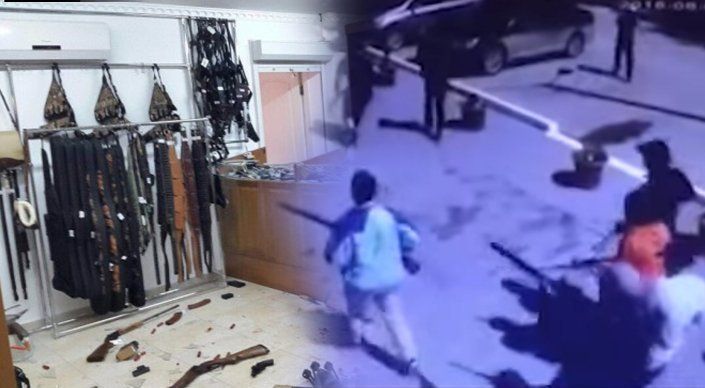 On June 6, the National Security Committee of Kazakhstan reported of the involvement of a businessman Tokhtar Tuleshov arrested on January 30 this year in plotting a coup: the security services argue that Tuleshov drafted a plan to oust the authorities and plant an alternative government.

It is noted that his action plan called for destabilizing the situation in the country through the creation of hotbeds of tension, organizing mass protests and riots.

Thus, the National Security Committee of Kazakhstan has conducted a series of arrests, resulting in a number of high-ranking officials, including the military, being detained on complicity charges.

According to statements by the National Security Committee of Kazakhstan, there is evidence that the protests against the so-called land reform, which took place in Atyrau, Almaty, Astana, Uralsk, Kyzylorda, were inspired and financed by Tuleshov in December 2015.

"Tuleshov's contact with the Russian Government is not disputed," the forecast said.

Read alsoTASS: Almost 40 people wounded in attacks in Kazakhstan's Aktobe — ministryTuleshov served as chairman of the Expert Council on Economic Cooperation of the Russian Federation, Kazakhstan, Belarus and the Committee on Economic Policy and Entrepreneurship of the Russian State Duma. Since 2008, Tuleshov has been an Advisor to the Supreme Ataman of the Union of Cossack public associations of Kazakhstan on strengthening allied relations with Russia, Russian and Cossack national-cultural public organizations of the Commonwealth of Independent States. Since 2009, he has been an adviser and plenipotentiary representative of Kazakhstan's Republican public association "Russian community" and so forth.

It is noted that for seven years, since 2008, Tuleshov has served not only as a lobbyist and legal source of funding for Russian projects in Kazakhstan but also the coordinator of the pro-Russian paramilitary organizations.

"The modern concept of the Russian military operations abroad largely relies on the use of paramilitary and rebel groups, in which the Russian Cossacks is the highest priority force. During the first stage of the invasion of Donbas, the Cossack formations were the main affiliated forces of the special forces units of the Armed Forces of the Russian Federation," the analysts said.

Read alsoNo direct talks with DPR-LPR terrorists possible: SBU chief’s advisor.According to the forecast, "the Islamist trace" of the events in Aktobe on June 5 is actively discussed in the Russian media. However, the tactics of action groups who carried out attacks on arms stores and a military base in Aktobe differs significantly from the style of operations of jihadist groups, including the Salafi militants.

In particular, a high percentage of losses on the part of the attackers is also atypical for the attacks by radical Islamists that don't involve suicide bombers, which indicates a low level of the attackers' training.

"Active spinning of information on involvement of a defunct 'Liberation Army of Kazakhstan' in terrorist acts, active discussion of the Islamist threat in the Russian media by the "experts" who had long advocated the Kremlin's policy, including in Ukraine, as well as the immediate visits of Russian Defense Minister Sergei Shoigu to Astana and Ashgabat, suggest an attempt to divert attention from the real source of the attack," experts say.

Read alsoKazakhstan readies to jump from Russian 'Titanic'Among other things, the two-year monitoring of the situation in the northern regions of Kazakhstan indicates that the key centers of radical Islamism in the region are almost suppressed by the authorities. According to the representatives of law enforcement agencies of Kazakhstan, the spread of jihadism in Kazakhstan comes from the territory of the Russian Federation.

Modern possibilities of the Russian Federation allow for indirect management of the radical Islamist groups from the positions controlled by the imams in the territory of Russia. In this context, the attention is drawn to Tuleshov's contact with inter-regional fund "Islam and Peace."

An incident on May 22, 2016 indirectly indicates the involvement of Russia in the events in Aktobe, when a post was published on the website of the "Open Russia" movement, and was removed an hour later, to hold an emergency meeting of the Orenburg Region Government (about 100 km from Aktobe) of urgent measures due to the tragic events in the northern regions of the Republic of Kazakhstan.

The post came after protests against land reform, held in Atyrau on April 24 and Aktau on April 29, and a month before the arrests on charges of preparing a coup d'etat.

In addition, the events in Aktobe preceded the briefing of the National Security Service of Kazakhstan on preventing the coup.

Read alsoBeijing supports Kyiv's proposal on Trans-Caspian route from China to Europe"If we assume that the National Security Service of Kazakhstan has taken steps to strip the conspirators' network since the beginning of February 2016, and which could be coordinated from the outside, the arrests of June 6 completed the phase of this rapid development. The threat of disclosing their assets could require from the curators several measures to divert the attention of the National Security Service of Kazakhstan in order to withdraw some of the most valuable agents of influence from the territory of a neighboring state," the experts said.

Read alsoEastern Europeans, CIS residents see Russia, U.S. as threatsThe experts also identified a number of reasons due to which the destabilization of the situation in Kazakhstan was beneficial for Russia. This process helps start the process of internal political confrontation in Kazakhstan; eliminate the risk of development of the "Silk Road" from China, bypassing the Russian Federation; take control of the northern parts of the country following the example of certain areas of Donetsk and Luhansk regions in Donbas, creating a buffer zone on the southern borders of the Russian Federation in the form of non-recognized territories; minimize the risks of political drift of Astana toward Beijing; prevent the economic rise of China in Kazakhstan; persuade the leadership of Kazakhstan to enhance cooperation with Russia; strengthen the economic influence of Russia in the region and in the Caspian Sea up to the takeover of the Kazakhstan part of the coast.