French police break up fight among Polish fans in Marseille 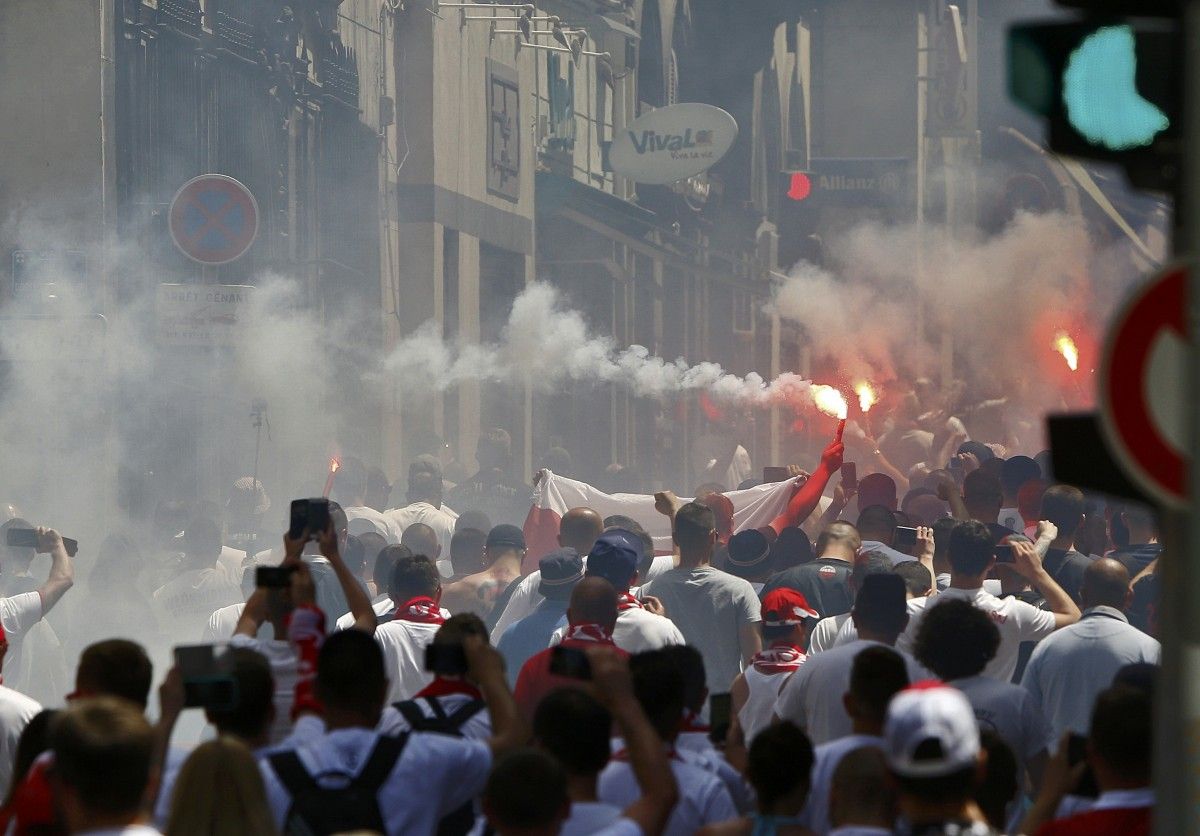 Thousands of Polish supporters swarmed through the narrow streets of the city's Vieux Port (Old Port) district, drinking, chanting and letting off smoke bombs before the match, Reuters writes.

The fight erupted suddenly among a group of hardcore Polish fans and was swiftly quelled by police deployed around the waterfront. Officers led two supporters away in handcuffs as a water canon truck stood by, according to the report.

Fan violence marred the opening days of the tournament and forced European soccer's governing body UEFA to threaten England and Russia with expulsion from the championship. But the violence has largely subsided in recent days, Reuters writes.

In Bordeaux Irish supporters, who have endeared themselves to the French with their warm-hearted banter, serenaded officers with chants of: "Stand up for the French police."