The world heavyweight champion Tyson Fury is being probed by officials after traces of a banned anabolic steroid were allegedly discovered in a sample taken last year, according to Mirror. 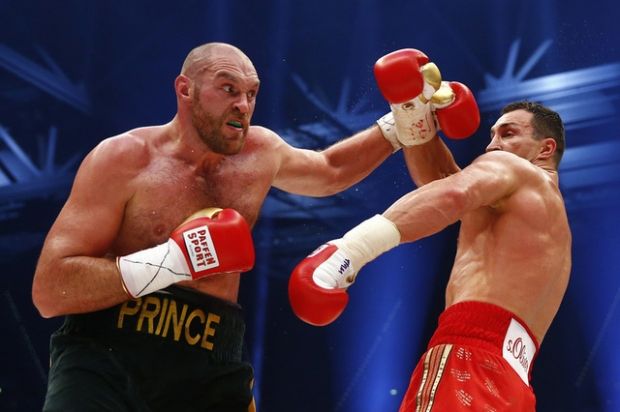 If found guilty of doping, he could lose his three world title belts and face a lengthy ban, Mirror.co.uk reports.

But Fury has denied the allegation with his promoter Hennesy Sports stating they were "baffled" by the story.

Experts are understood to have found unacceptable levels of nandrolone in a sample taken before he won the world title from Vladimir Klitschko.

Positive effects of the drug, naturally occurring in the body, include muscle growth.

Both Fury, 27, and his cousin have denied any – wrongdoing.

Read alsoBoxing legend Muhammad Ali diesTest samples understood to have been taken between February and March last year, ahead of Fury's first bout with the former champ, sparked the probe by UK Anti-Doping officials.

It is understood Fury and his cousin then attended a meeting in September, when he was told the levels of the steroid found were higher than the body would naturally produce.

But the officials insisted they wanted to investigate further.

Fury is expected to be brought before an independent panel alongside his cousin to explain why high traces of the substances were allegedly found.

It is understood the British Boxing Board of Control has been made aware of the situation and will await the inquiry's outcome before deciding what action to take.

Sophie Ashcroft of UK Anti-Doping said: "UK Anti-Doping does not discuss or disclose details of any cases until due legal process has been completed."

Fury has spoken of a need to crack down on drugs in boxing. In November, he said: "Boxing has a big problem with drugs. But it doesn't bother me because at the end of the day it's about determination."

BBBoC chief Robert Smith said he did not agree there was a "major problem" in the sport.

Fury revealed on Friday he had been forced to postpone his July 9 rematch with Klitschko, who he beat last November, due to ankle injury.

His promoter Mick Hennessy says: "There is no way we could let Tyson fight a man like Klitschko when anything less than 100% fit."