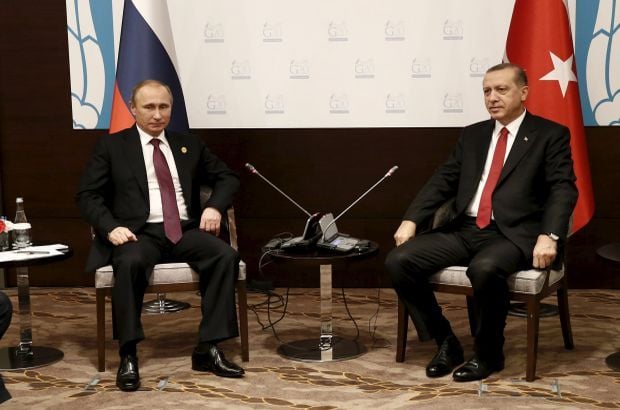 Shortly after the phone call, Turkish presidential sources said that the meeting had ended on very positive note. Later a written statement was released, in which it was emphasized that both leaders had both expressed a determination to revive mutual relations and fight against terrorism, Daily Sabah wrote.

The two leaders also agreed during their call to meet in person, President Erdogan's office said, adding that "necessary steps" should be taken to revive relations.

The statement further said Erdogan and Putin "highlighted the importance of the normalization of bilateral relations between Turkey and Russia."

Kremlin is also expected to comment on the call, according to sources.

Turkish presidential sources have said that the Russian President also offered his condolences for the deadly suicide attacks which hit Turkey's largest airport in Istanbul on Tuesday night.

Read alsoErdogan apologises to Putin over warplane shootingPutin's spokesman Dmitry Peskov told reporters on Wednesday that the attacks at the Ataturk airport are "just another reminder of the importance of joint efforts to fight our common threat — terrorism."

The phone call was Erdogan and Putin's first conversation in seven months after relations between the two countries hit a low in November 2015.

Turkish jets downed a Russian Su-24 bomber near the Syrian border for violating Turkish airspace. Turkey provided radar data that the Russian planes breached the border while Moscow insisted that the warplane had not crossed the border.