U.S.-led coalition aircraft waged a series of deadly strikes against Islamic State around the city of Falluja on Wednesday, U.S. officials told Reuters, with one citing a preliminary estimate of at least 250 suspected fighters killed and at least 40 vehicles destroyed. 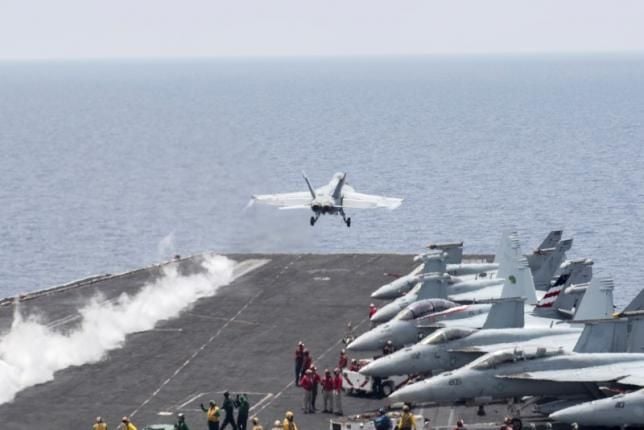 If the figures are confirmed, the strikes would be among the most deadly ever against the jihadist group. The officials spoke on condition of anonymity to describe the operation and noted preliminary estimates can change, as reported by Reuters.

Read alsoCIA director says Islamic State still serious threat – ReutersThe strikes, which the officials said took place south of the city, where civilians have also been displaced, are just the latest battlefield setback suffered by Islamic State in its self-proclaimed "caliphate" of Iraq and Syria.

As UNIAN reported earlier, the city of Fallujah was "fully liberated" from Islamic State group militants on June 26, after a more than month-long military operation.