The trains that collided earlier today were operated by a private, Bari-based rail company, Ferrotramviaria, that connects the city of Bari with Puglia towns to the north and the airport, according to ABC News. 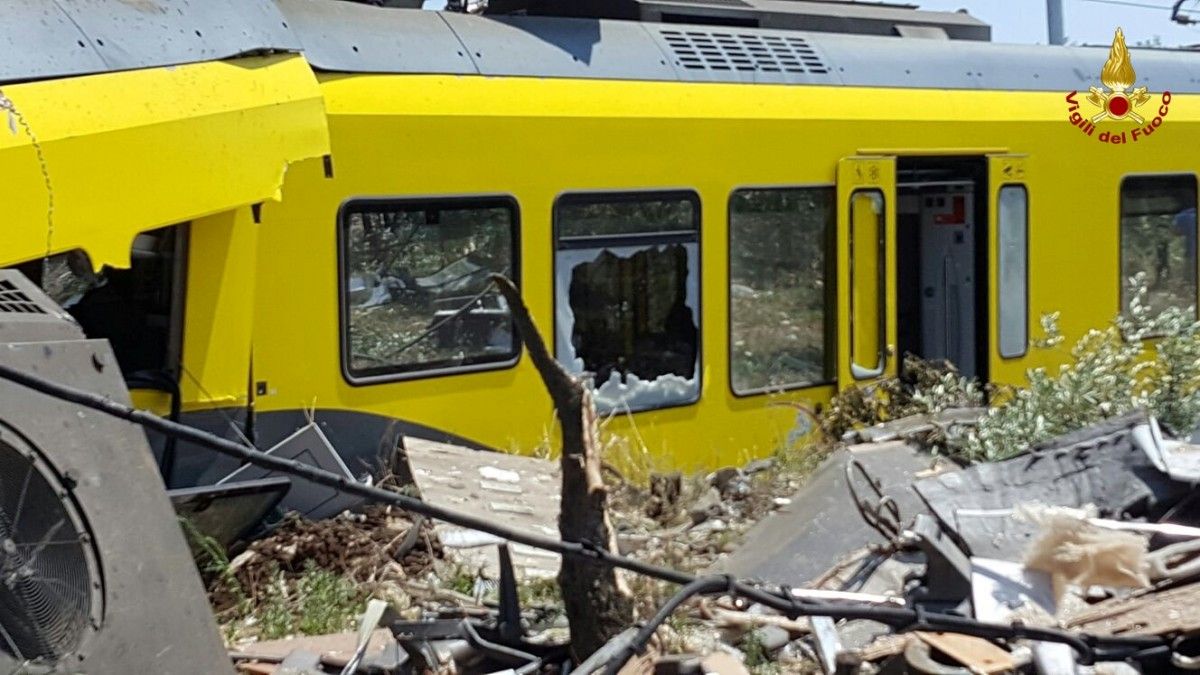 Officials stressed the final toll would not be known until the train cars had been pulled apart; a giant crane arrived at the scene to remove the mangled debris.

In a phone interview with state TV, Ferrotramviaria director general Massimo Nitti said the dynamics of what went wrong are still to be determined, but it is clear "one of the trains wasn't supposed to be there" at the same time as the other.

Read alsoTen killed in Italy train crash near Bari At least two passengers were pulled alive from the crumpled wreckage as the rescue operation took place in the scorching heat. Premier Matteo Renzi traveled to the scene, where prosecutors and investigators were at work trying to determine why two trains were on a single track.