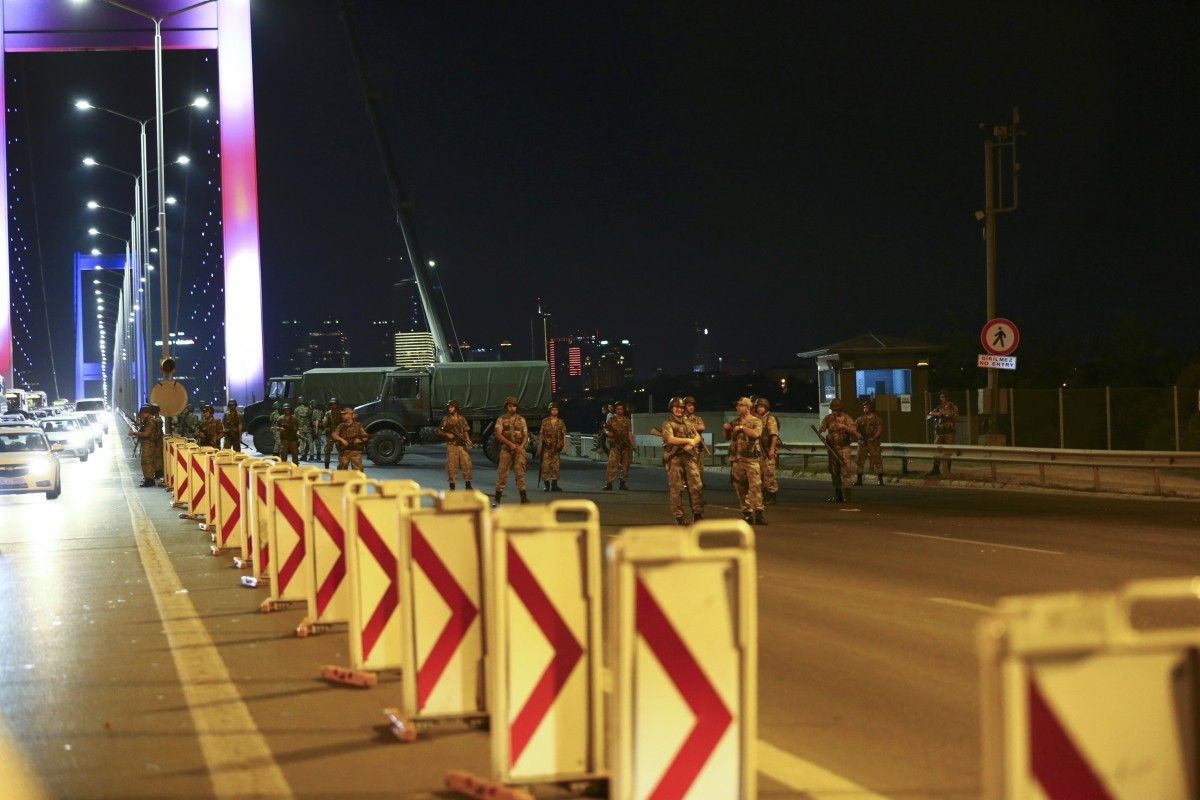 Although the situation in the country appeared to be stabilizing, President Recep Tayyip Erdogan posted a message on the Twitter social-media site urging supporters to remain in the streets to prevent "a new flare-up" of coup activity, RFE/RL wrote.

Turkish Prime Minister Binali Yildirim said on Haberturk television on July 16 that 161 people were killed and 1,440 were injured during the unrest the previous night, according to the report.

He said 2,839 military personnel supporting the coup attempt had been arrested.

Earlier, government officials said five generals and 29 colonels have been removed from their posts for suspected involvement in the bid to overthrow Erdogan's government.