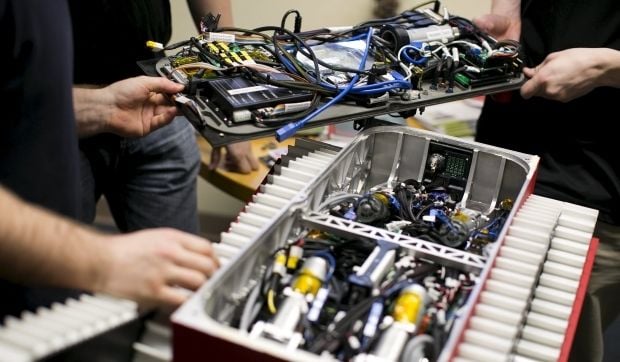 Alexander Fishenko, who pleaded guilty in September to engaging in a scheme that resulted in over $30 million in technology sales, largely to Russian military entities, was sentenced by U.S. District Judge Sterling Johnson in Brooklyn, Reuters wrote.

The sentence, which included an order that Fishenko, 50, forfeit over $500,000, was confirmed by the U.S. Justice Department. A lawyer for Fishenko did not immediately respond to a request for comment, Reuters said.

Read alsoU.S. asks Poland to extradite Ukrainian citizen, owner of most-visited illegal file-sharing websiteFishenko, who founded Arc Electronics Inc in 1998, was among 11 people charged in 2012 in connection with what authorities said was an elaborate procurement network intended to evade federal export controls.

Prosecutors said Fishenko, a dual U.S.-Russian citizen, led a conspiracy to supply cutting-edge microelectronics that are frequently used in military systems to, among others, the Russian military via intermediary Russian companies.

Prosecutors said Fishenko and Posobilov hired and trained a cadre of Russian-speaking sales people to lie to vendors about why Arc was seeking these technologies and to falsify export records.

Seven of Arc's top 10 clients were specially authorized by the Russian Ministry of Defense to procure parts for its military, prosecutors said, and the company functioned as the U.S.-based arm for one Moscow-based client, Apex System LLC.

Fishenko pleaded guilty two weeks before a scheduled trial to all 19 counts he faced, including that he acted as an unauthorized agent of a foreign government and conspired to commit export violations and wire fraud.

In court papers, his lawyers say that while he admitted to being, as defined in statute, an unregistered agent of the Russian government, he was not a "spy," as some media have characterized him.

Read alsoTwo arrested in Rome on suspicion of spying for RussiaAs for the export violations, they say Fishenko intended for Arc to be a lawful export company, but "wrongly fostered a laissez-faire attitude toward the licensing requirements."