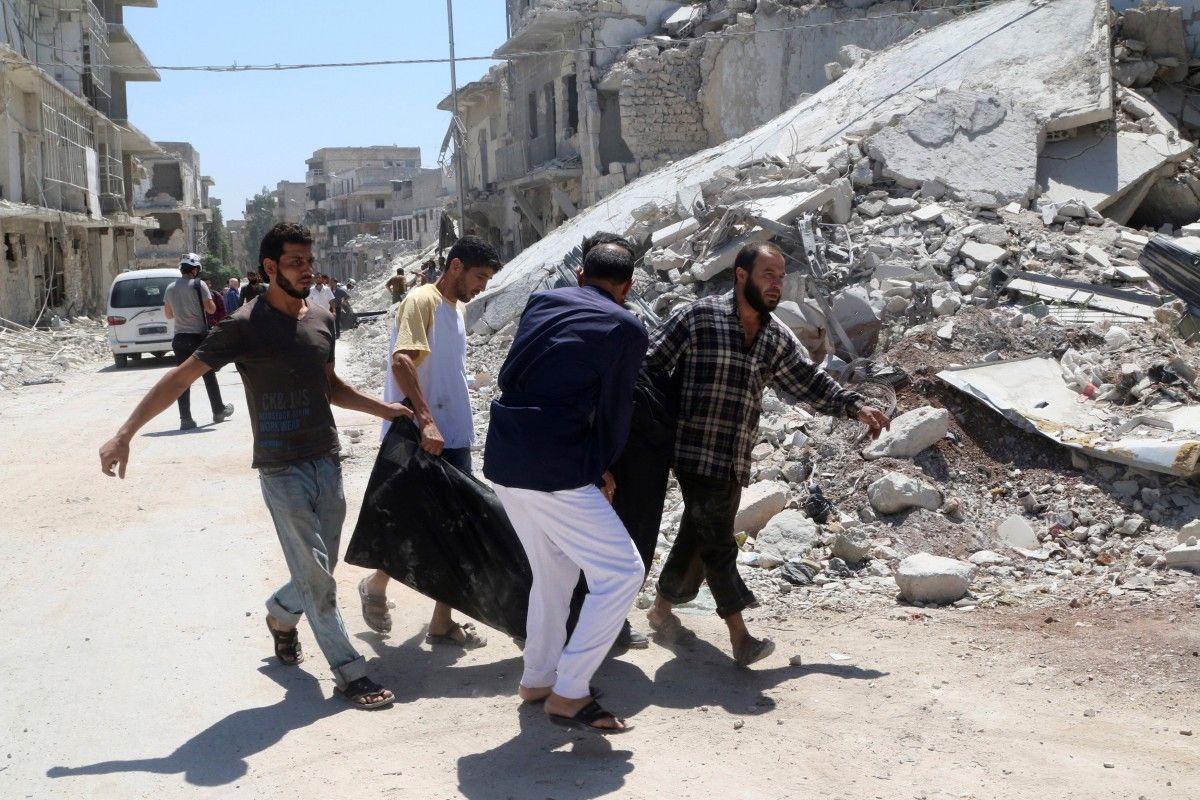 Abu Laith said that civil defense teams were struggling to extract civilians from under the rubble.

Read alsoRussia bombed base in Syria used by U.S. - WSJAleppo has seen an uptick in airstrikes in recent days, coinciding with fierce clashes on the ground between armed opposition groups and regime forces on Aleppo’s outskirts as the latter attempt to tighten their grip on the besieged city.

UN Emergency Relief Coordinator Stephen O’Brien warned on Thursday that up to 300,000 people are at risk of besiegement in Aleppo.