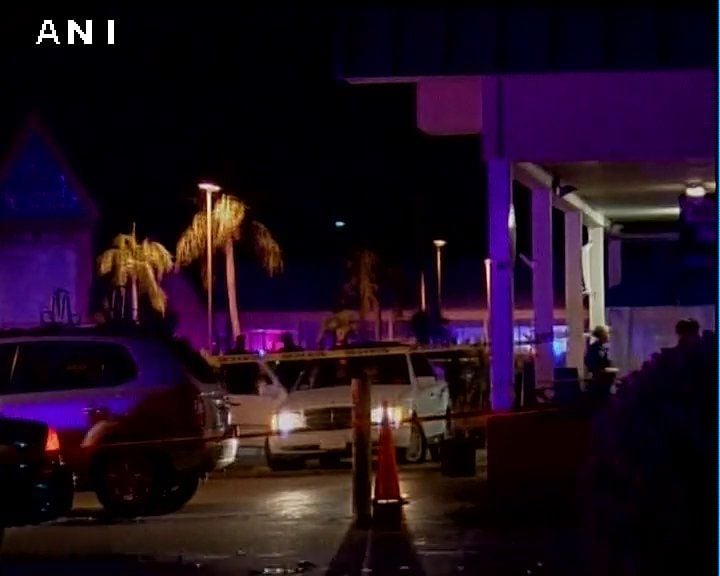 The gunshots were fired in the parking lot of Club Blu in Fort Myers at around 12:30 a.m. ET, NBC News reports.

Fort Myers Police Department said in a statement that "at least 14-16 people" were wounded in the shooting, with their injuries ranging from minor to life-threatening. NBC station WBBH reported that both of those killed were male.

Shots were also fired — lightly injuring another person — five blocks away from the nightclub, police said.

Earlier, officers said three people left the scene in a car with two later fleeing the vehicle, according to WBBH reporter Gabrielle Shirley.

More than three dozen yellow evidence markers were visible outside the club, which WBBH said indicated where bullet casings had fallen.

Shirley reported that "a big crowd of people scattered everywhere taking cover" when the gunshots rang out.

She added that an employee at the club was too shocked to speak.

"He was just shaking his head, and through tears giving me the indication again that this is a very, very traumatic experience here, he could not even form words," Shirley added.

Before detaining the trio, authorities said the Fort Myers Police Department and Lee County Sheriff's Office were "actively canvassing the area looking for other persons who may be involved in this incident."

Detectives had yet to determine a motive early Monday.