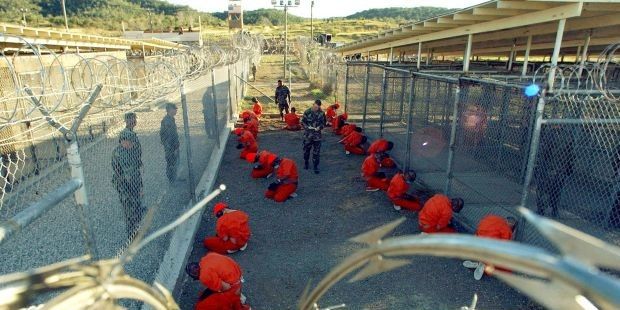 Ravil Mingazov is the last of nine Russians held at the U.S. prison in Cuba to be freed. He was deemed eligible for release by a task force set up by the Obama administration to evaluate whether prisoners can be released without endangering U.S. security, RFE/RL reports.

Authorities accused Mingazov, 48, of fighting with the Taliban against the Northern Alliance in Afghanistan. A Pentagon profile said he also was believed to have links to an Islamic group in Uzbekistan with ties to Al-Qaeda.

The ethnic Tatar was captured in Pakistan at a safe house associated with Abu Zubaydah, a "facilitator" for the terrorist organization who is also detained in Guantanamo.

Mingazov, who denied any involvement in terrorism, was never charged with a crime.

In announcing his release, the U.S parole board said it had "some concern with the detainee's failure to demonstrate sufficient candor" about activities before he was detained, but nevertheless determined he did not pose a risk because he had been a "low-level fighter" who does not "espouse anti-U.S. sentiment."

Read alsoWhite House: Plan to close Guantanamo in Cuba at final stageHis lawyers have asked the government to resettle him in Nottingham, England, where his son and ex-wife live under political asylum. The parole board did not say where Mingazov would be sent or when he would be released.

The U.S. has held about nine Russian citizens at Guantanamo since it opened in January 2002.

The Russian government has criticized Mingazov's confinement and said he should be returned to his homeland. But the Pentagon profile said Mingazov does not want to return to Russia, possibly because he fears facing criminal charges there.

Mingazov has told officials he left Russia because of the treatment of Muslims there. Mingazov "maintains a strong disdain for the Russian government and does not want to be repatriated, claiming his treatment in Guantanamo is better than the treatment he received in Russia," the Pentagon profile said.