With just over one week to go until the start of the Rio 2016 Olympic Games, the United Nations Secretary-General Ban Ki-moon has called for a worldwide cessation of hostilities. 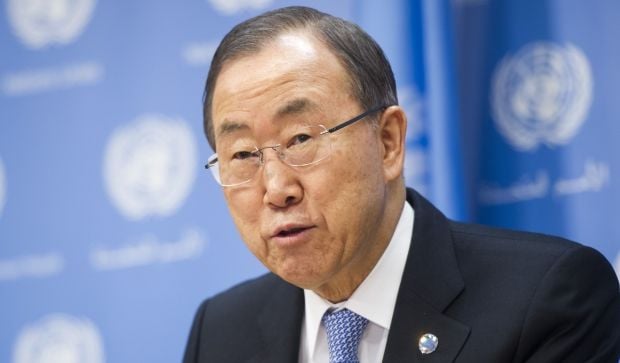 "A respite in fighting would manifest the values that the Games seek to promote: respect, friendship, solidarity and equality," Mr. Ban said on Monday (July 25), rio2016.com reports.

"I call for a push to match efforts to win medals on the playing fields with work to silence guns on the battlefields," Mr. Ban said.

The ancient Greek tradition of the ekecheira, or 'Olympic Truce', began in the ninth century BC. During the truce period, the athletes, artists and their families, as well as ordinary pilgrims, could travel in total safety to participate in or attend the Olympic Games and return afterwards to their respective countries.

The International Olympic Committee (IOC) renewed this tradition in 1992 by calling upon all nations to observe the truce.

Read alsoOfficial: IOC lets Russia participate in Rio OlympicsThe UN secretary-general recalled the words of Muhammad Ali, the late Olympic gold medalist and UN 'Messenger of Peace', who said that he "used boxing because it's a platform to get to people." Mr. Ban urged all warring parties to lay down their weapons during the symbolic truce period.

The appeal follows a resolution adopted last October by the general assembly which called on all member states to observe the truce throughout the period from the seventh day before the start of the Rio Olympic Games until the seventh day following the end of the Paralympic Games, also in Rio.

For the first time ever, a team of refugees will participate under the Olympic flag in the Games, acting as a powerful symbol of inclusion and shared humanity.

The 10 athletes, who include two Congolese judokas who are based in Brazil, will stay at the Olympic Village, where they will receive an official welcome, just like any other national team. The IOC will provide a full support group to provide all their logistical, technical and coaching needs. The refugee team will compete under the Olympic flag and the Olympic anthem will be played in their honor.