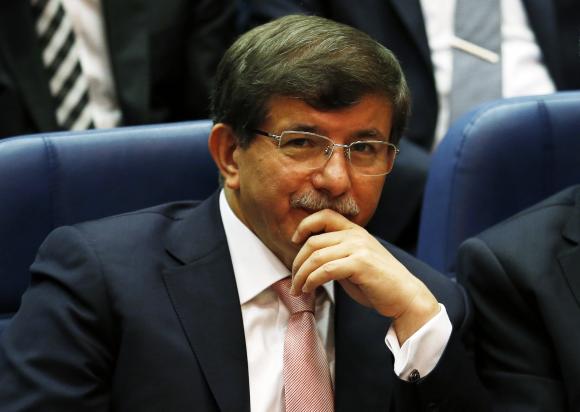 “Within our state’s customs, the prime minister gives the rules of engagement in a written directive to the General Staff. I gave the order on Oct. 10,” Davutoglu said during an interview with private broadcaster NTV on July 15, according to Hurriyet.

“These rules of engagement will be implemented on not only Syrian planes but all that breaches the Turkish air space,” the Oct. 10 instruction read, Davutoglu said, adding that such a change came after repeated violations by the Russian jets during their operations in Syria.

Read alsoPutin calls Turkey "accomplices of terrorists" after Russian jet shot downA previous instruction, saying “all Syrian planes coming toward Turkey from Syria should be named as a threat and should be shut down,” was given to the military in 2012 after the downing  of a Turkish F-4 Phantom reconnaissance jet, an incident that cost lives of two pilots.

There was no problem with the implementation of the rules of engagement because the issue was about defending Turkish air space, Davutoglu said.

“It is not right to raise questions eight months after the incident … I would undertake the same political responsibility even it happened today,” he added.

Read alsoTurkish PM: similar incidents to that of downing Russian Su-24 may happen As UNIAN reported earlier, the Turkish Air Force took down a Russian Su-24 bomber at the Syrian-Turkish border on November 24, after it violated the Turkish airspace.

Turkey claims that the SU-24 were repeatedly warned that they were violating the airspace, before the jet was shot down. The Turkish FOX TV released a recording on November 25 with the air dispatcher's warning to the Russian pilots.