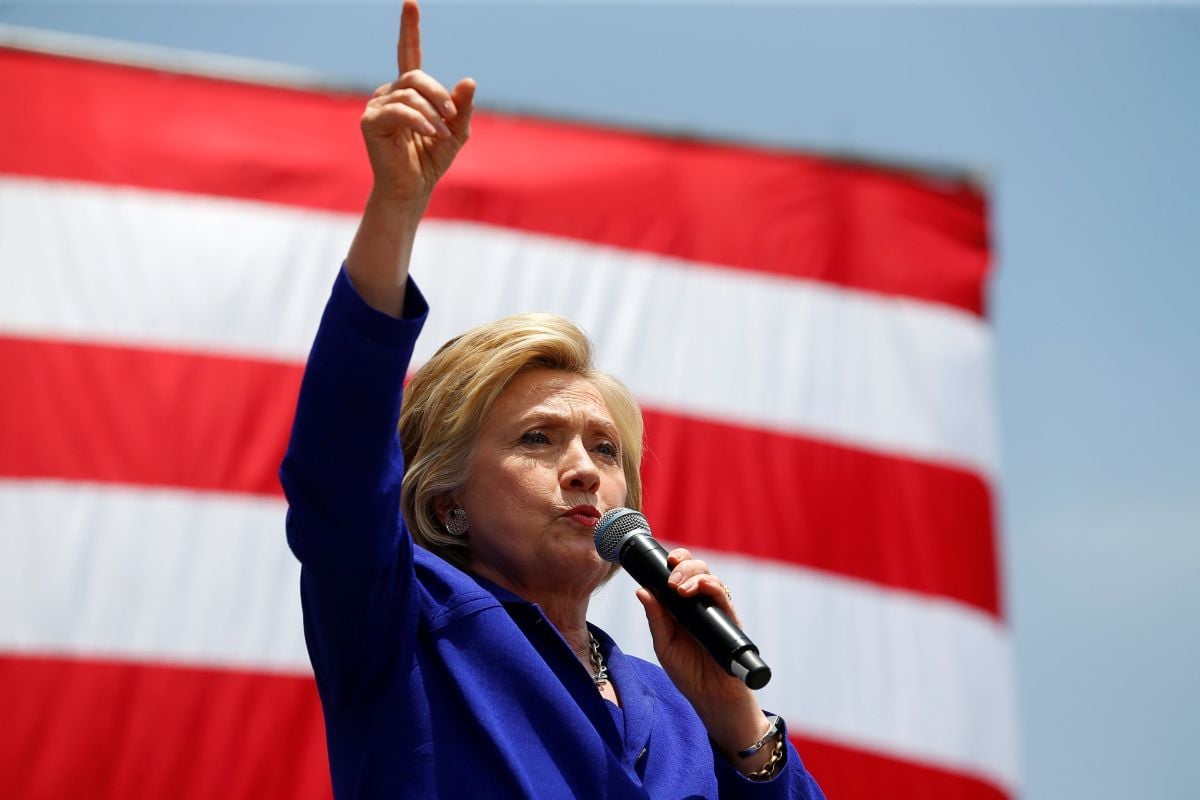 Speaking on the final night of the party's convention in Philadelphia, the first woman nominated by a major party said there were huge challenges, the BBC wrote.

"Powerful forces are threatening to pull us apart," she said.

"He wants to divide us – from the rest of the world, and from each other."

But Mr. Trump tweeted that the speech had failed to address the threat posed by radical Islam, making the former secretary of state unfit to lead the country.

"My wonderful, thoughtful, hilarious mother," the 36-year-old said, adding: "She was always there for me."

After embracing her daughter, the former secretary of state delivered a speech which featured a stark admission about the threats to national unity.

"Bonds of trust and respect are fraying. And just as with our founders there are no guarantees. It truly is up to us. We have to decide whether we're going to work together so we can all rise together."

Read alsoNYT: Donald Trump calls on Russia to find Hillary Clinton's missing emailsShe added: "We are not afraid. We will rise to the challenge, just as we always have."

However, she was confident these challenges could be overcome with the American values of "freedom and equality, justice and opportunity".

She acknowledged that too many Americans had been "left behind" by economic forces and addressed them directly: "Some of you are frustrated – even furious. And you know what? You're right."