NYT: Computer systems used by Clinton campaign are said to be hacked, apparently by Russians

Computer systems used by Hillary Clinton's presidential campaign were hacked in an attack that appears to have come from Russia's intelligence services, a federal law enforcement official said on Friday, according to The New York Times. 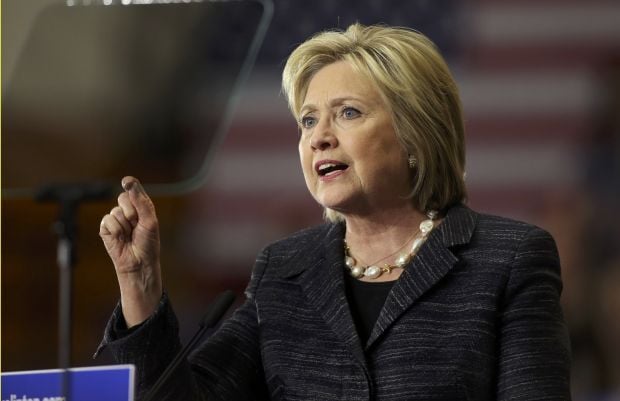 The apparent breach, coming after the disclosure last month that the Democratic National Committee's computer system had been compromised, escalates an international episode in which Clinton campaign officials have suggested that Russia might be trying to sway the outcome of the election, NYT reports.

Mrs. Clinton's campaign said in a statement that intruders had gained access to an analytics program used by the campaign and maintained by the national committee, but it said that it did not believe that the campaign's own internal computer systems had been compromised.

The Democratic Congressional Campaign Committee, the fund-raising arm for House Democrats, also said on Friday that its systems had been hacked. Together, the databases of the national committee and the House organization contain some of the party's most sensitive communications and voter and financial data.

Meredith Kelly, a spokeswoman for the congressional committee, said that after it discovered the breach, "we immediately took action and engaged with CrowdStrike, a leading forensic investigator, to assist us in addressing this incident."

Read alsoNYT: Donald Trump calls on Russia to find Hillary Clinton's missing emailsThe attack on the congressional committee's system appears to have come from an entity known as "Fancy Bear," which is connected to the G.R.U., the Russian military intelligence service, according to an official involved in the forensic investigation.

The same arm of Russia's intelligence operation was also implicated in the attack on the national committee, in which it gained access to opposition research on Republicans, including the party's presidential nominee, Donald J. Trump.

"It's the same adversary," the official involved in the forensic investigation said. "These are sophisticated actors."

The F.B.I. said on Friday that it was examining reports of "cyberintrusions involving multiple political entities" but did not identify the targets of the attacks.

The Clinton campaign used the program that was hacked to analyze voter data, but it did not contain voters' Social Security numbers or credit card information, a campaign aide said. The campaign said it was confident, based on a review by outside experts, that getting into the program would not have allowed the hackers to gain access to the campaign's internal emails, voice mail messages or other data.

The reports of attacks against Democratic Party organizations began in mid-June, when the Democratic National Committee said its computer systems had been breached by two groups of Russian hackers working for competing government intelligence agencies. After that breach, WikiLeaks last week released some 20,000 committee emails, many of them embarrassing to Democratic officials, which led Debbie Wasserman Schultz, a Florida congresswoman, to resign as the group's leader.

WikiLeaks' founder, Julian Assange, has made it clear that he hopes to harm Mrs. Clinton's chances of winning the presidency, opposing her candidacy on both policy and personal grounds. He has said that he has more material about the presidential campaign that he could release, which has raised the specter of more embarrassing disclosures just as Democrats try to capitalize on the momentum coming out of their convention this week.

American intelligence agencies have told the White House they have "high confidence" that the Russian government was behind the theft of emails and documents from the Democratic National Committee. But it is unclear whether the break-in was fairly routine espionage or part of an effort to manipulate the election.

The attacks on the Clinton campaign and the Democratic congressional committee were first reported by Reuters.

It is unclear whether the reported breaches at the national committee, the Clinton campaign and the congressional committee were part of a single coordinated attack or a series of attacks aimed at the Democrats, said the law enforcement official, who spoke on the condition of anonymity.

In a statement, the F.B.I. said that it "is aware of media reporting on cyberintrusions involving multiple political entities, and is working to determine the accuracy, nature and scope of these matters."

Nick Merrill, a spokesman for the Clinton campaign, said in a statement that "an analytics data program maintained by the D.N.C., and used by our campaign and a number of other entities, was accessed as part of the D.N.C. hack."

"Our campaign computer system has been under review by outside cybersecurity experts," he added. "To date, they have found no evidence that our internal systems have been compromised."

Read alsoClinton: U.S. faces 'moment of reckoning' – BBCThe hacks have added another unexpected wrinkle to the presidential campaign, with Mr. Trump asking Russia this week to "find" some 30,000 deleted emails from Mrs. Clinton's days as secretary of state. (That statement, made well after the cyberattacks on the Democratic organizations, was called borderline treasonous by some Democrats, and Mr. Trump later said that he was being sarcastic.)

Clinton campaign officials have suggested that President Vladimir V. Putin of Russia could be trying to tilt the election to Mr. Trump, who has expressed admiration for the Russian leader. But the campaign officials acknowledge that they have no evidence. The Trump campaign has dismissed the accusations about Russia as a deliberate distraction.

The C.I.A. director, John O. Brennan, speaking at the Aspen Security Forum, declined to comment on the specific allegations but said that "obviously, interference in the U.S. election process is a very, very serious matter, and I think certainly this government would treat it with great seriousness."