Russian helicopter shot down in Syria

Russia's Mi-8 helicopter has been shot down with fire from the ground over Syria's Idlib province, according to Russian news agency TASS. 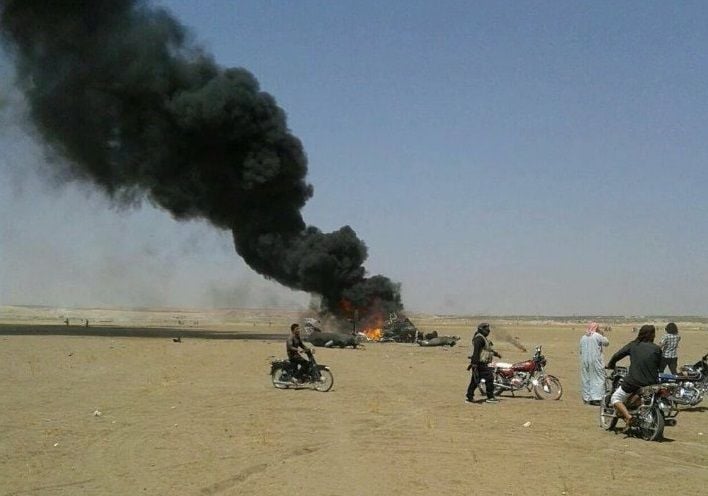 The three crewmembers and two officers from Russia's reconciliation center are unaccounted for, the Defense Ministry has said, TASS reports.

"On August 1, a Russian transport helicopter Mi-8 was shot down with fire from the ground on the way to the Hmeymim air base after delivering humanitarian aid to the city of Aleppo. There were three crewmembers and two officers from Russia's center for the reconciliation of warring factions in Syria on board. All available resources have been employed with the aim to find out what happened to the Russian military servicemen," the Defense Ministry said.

Meanwhile, Russian presidential spokesman Dmitry Peskov told the media that, according to the Defense Ministry's sources, all those on board the Russian helicopter Mi-8, shot down in Syria on Monday died, according to TASS.

He said the helicopter, involved in the humanitarian operation, was shot down from the ground.

"All those inside the helicopter, as far as we know from information available from the Defense Ministry, died. They died a heroic death, because they tried to steer the aircraft away to minimize casualties on the ground," Peskov said.

"The Kremlin offers deep condolences to the dear ones of our killed military servicemen," he added.