With the sound of crashing waves and smooth bossa nova, the Summer Games kicked off Friday night with an earthy, musical celebration of Brazilian culture, a rainbow-colored dance party that highlighted the glories and tragedies of South America's largest nation, according to The Washington Post. 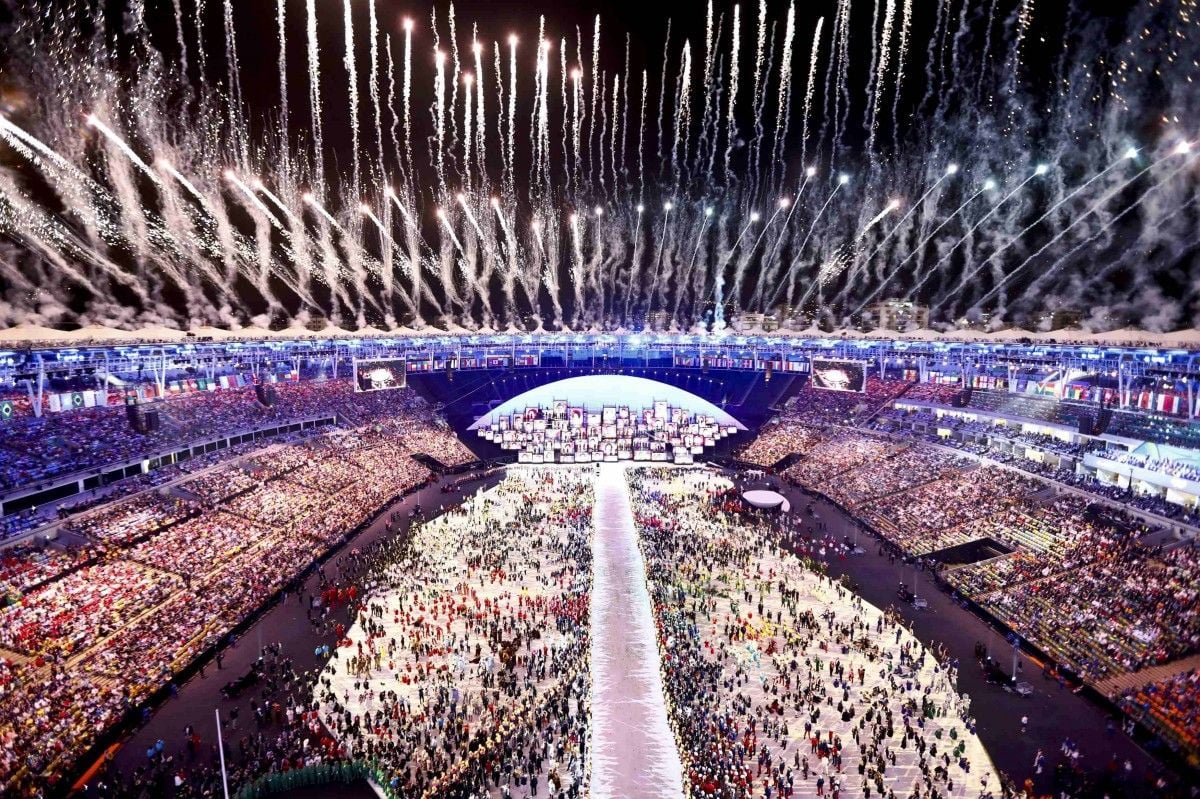 The four-hour Opening Ceremonies had a gutted budget but a soaring feel as the stadium in this seaside city pulsed with lights, fireworks, circus-like acrobatics and a samba singalong that embraced the nation's partying style, The Washington Post wrote.

The ceremony took the long view, back to the creation of Earth, from the first molecules and the forest primeval, to send a warning about climate change and the need to protect the natural wonders that Brazil once had in abundance. There were ominous moments from the darker side of Brazilian history, from slavery to the creation of mega-cities, and lectures about carbon levels, the Earth's temperature and protecting the environment.

The ceremony sought to pump the brakes on the high-tech one-upmanship that has come to define the opening of the Games, from Beijing to London to Sochi. The Brazilians went for organic and authentic, looking to nature and their own cool style. Besides a light show with a simulated jungle made by hundreds of floor-to-ceiling twisty elastic bands, their presentation didn't rely on expensive mechanical audacities; it resorted to what the program described as an "analogue inventiveness."

The Olympic delegations marched out, beginning with Greece, by Portuguese alphabet order. The Olympic team of Ukraine was 195th out of the 207 teams that appeared on the stadium.

Ukrainian sports shooter Mykola Milchev, who has been performing at the Olympics for more than 30 years, was carrying the flag of the Ukrainian team.

The athletes who paraded into the stadium, pumping fists and holding smartphones, represented 206 nations in almost as many colors and styles.

Athletes from Cameroon wore traditional flowing robes; those from communist-led Cuba had outfits fashioned by a French luxury footwear designer; those from Australia wore seersucker and shorts as if preparing for an afternoon of yachting. The team from Tonga was led by an oiled-up, shirtless taekwondo champion who carried the flag.

The U.S. athletes came out at 9:30 p.m., wearing white pants, blue blazers and striped shirts and led by superstar swimmer Michael Phelps. Secretary of State John F. Kerry, the most senior American official in attendance, held his cellphone high to record the scene.

One of the biggest roars of the night came for a 10-member team of refugees, a group competing for the first time in the Olympics. That roar only amplified when the final team— the Brazilians — emerged.

Many people had expected the Olympic flame to be lit by 75-year-old soccer legend Pelé, but he said that he would not participate in the ceremony because of his health. Instead, that honor went to Vanderlei Cordeiro de Lima, a Brazilian former marathoner who won a bronze medal in the 2004 Olympics in Athens.

The Olympic Games will last until August 21.

Ukraine will be represented by 205 athletes in 27 sports.