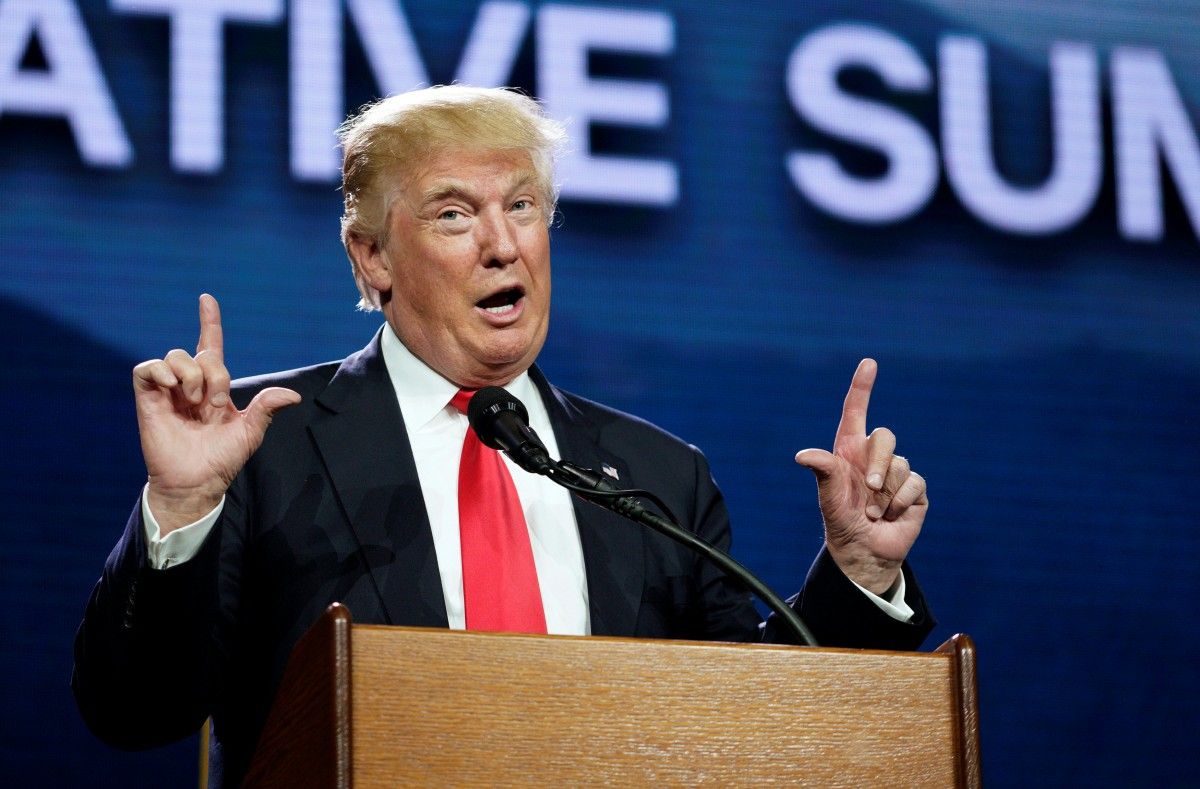 The real estate mogul revised his former plan to include making child care costs tax-deductible and ending the estate or "death" tax, the BBC reports.

"I want to jump-start America and it can be done and it won't even be that hard," he said.

The campaign aimed to shift focus to economic issues, seen as one of the candidate's strengths, after a bruising week on the campaign trail.

Speaking at the Detroit Economic Club, Mr. Trump's retooled tax policy offered little details on how he planned to fund it.

But the new proposal included lowering corporate taxes, placing a 15% cap on all business income tax and raising the top individual tax rate to align with a House Republican plan.

On Monday, he proposed reducing the number of tax brackets from seven to three at the tax rates of 12, 25 and 33%.

He also mentioned eliminating special interest loopholes such as the carried-interest deduction, which he said allows Wall Street investors – including himself – to pay a lower tax rate on earnings.

"She is the candidate of the past," he said. "Ours is the campaign of the future."

Mrs. Clinton, who will unveil her economic plan later this week, quickly pushed back against Mr. Trump's plans.

"Donald Trump's plan is just a repackaging of trickle-down economics — and it doesn't help our economy or the vast majority of Americans," Mrs. Clinton said on Twitter.

During his campaign, Mr. Trump has promised to restore jobs to the U.S. manufacturing sector after decades of decline.

His campaign is making a big push for voters in the so-called "Rust Belt" – Midwestern and Eastern states such Pennsylvania, Ohio and Michigan that were once manufacturing powerhouses.

Mr. Trump neglected to mention spending cuts, infrastructure spending, entitlements, military spending or debt negotiation, all of which are issues he has previously mentioned.

Critics say Mr. Trump's plan and previous statements – a combination of spending increases and tax cuts – would cause the federal deficit to skyrocket.