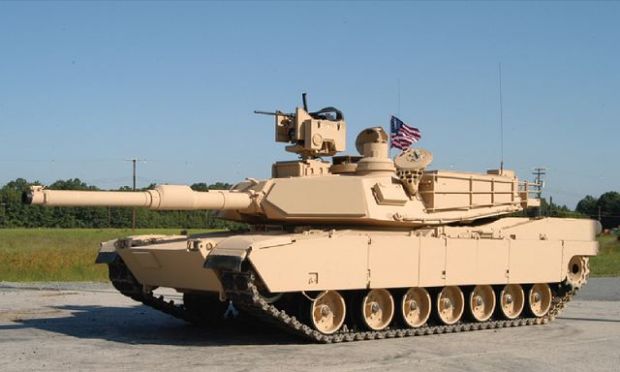 The approval for land force equipment coincides with Saudi Arabia leading a military coalition in support of Yemeni forces loyal to the exiled government of President Abd-Rabbu Mansour Hadi who are trying to oust Iran-allied Houthi forces from the capital, Sanaa. Human rights groups have criticized the coalition's air strikes because of the deaths of civilians, as reported by Reuters.

The U.S. Defense Security Cooperation Agency, which implements foreign arms sales, said that General Dynamics will be the principal contractor for the sale.

"This sale will increase the Royal Saudi Land Force's (RSLF) interoperability with U.S. forces and conveys U.S. commitment to Saudi Arabia's security and armed forces modernization," the agency said in a notice to lawmakers posted on its website.

Lawmakers have 30 days to block the sale, although such action is rare.

Read alsoSaudi Arabia: Explosions near Medina and Qatif mosquesSaudi Arabia and its mostly Gulf Arab allies intervened in Yemen's civil war in March 2015 after the Houthi movement had pushed the Hadi administration into exile in Saudi Arabia.

On Tuesday, the Saudi-led military coalition conducted air strikes on Sanaa for the first time in five months, residents said, after U.N.-backed peace talks to end the conflict broke down at the weekend.

Medics said nine civilians were killed in a strike on a potato chip factory in the Nahda district of the capital.

"The Saudi-led coalition's campaign in Yemen has been devastating for civilians (and) the U.S. should be suspending arms sales to Saudi Arabia, not approving more," said Kristine Beckerle, a researcher with Human Rights Watch.

U.S. Senator Chris Murphy, a Democrat from Connecticut who has been critical of arms sales to Saudi Arabia, said in a statement that he was concerned about the high civilian casualty rate in Yemen. Murphy said Saudi Arabia had "largely backed away from" the fight against Islamic State militants "and I'd like to see them commit to rejoin that fight as part of major new military sales."