The leaders have vowed that the decision made by the UK to leave the EU won't spell doom for the bloc. However, Chancellor Angela Merkel and her colleagues said the EU still faced many security-related questions, according to Deutsche Welle. 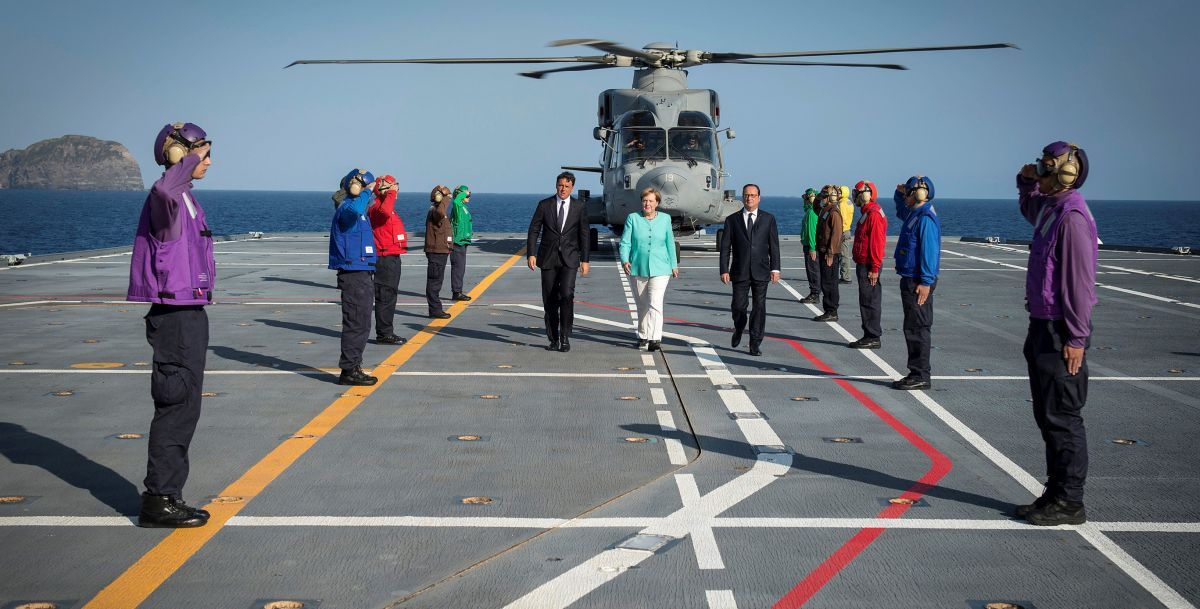 The three leaders faced questions from the press on Monday on board Italian aircraft carrier "Garibaldi" in Venotene, as Brussels gears up for years-long negotiations with the UK over its decision to leave the bloc, DW wrote.

Italian Prime Minister Matteo Renzi emphasized his optimism for the future of the EU. "Many thought the EU was finished after Brexit, but that is not how it is," he said.

French President Francois Hollande, meanwhile, warned of the risk of "fragmentation and division" the bloc faces in the future.

Merkel and her colleagues also addressed some of the major crises in the world today, especially those linked to terrorism. "We feel that in the face of Islamist terrorism, and in light of the civil war in Syria, we must do more for our inner and outer security," Merkel said.

"Europe should do a better job of taking the matter of security into its own hands," Hollande said.

The French president said members of the EU have three major priorities: cooperating more closely on security matters; stimulating public and private investment; and helping to train young people to get jobs.

Read alsoGermany tightens Swiss border controlsMerkel echoed some of the French president's words. "Defense cooperation... should be strengthened and the exchanges between our intelligence services must be intensified," she said.

Prior to the press conference, the three leaders gathered to lay flowers at the tomb of Altiero Spinelli, long considered to be one of the founding fathers of European unity following World War II. Together with another intellectual confined to Ventotene, Spinelli wrote the "Ventotene Manifesto," which called for a federation of European states meant to prevent nationalism from sparking further conflict.