A large car bomb has exploded outside a police building in Cizre, in south-east Turkey, killing eight policemen and injuring more than 45, reports say, according to the BBC. 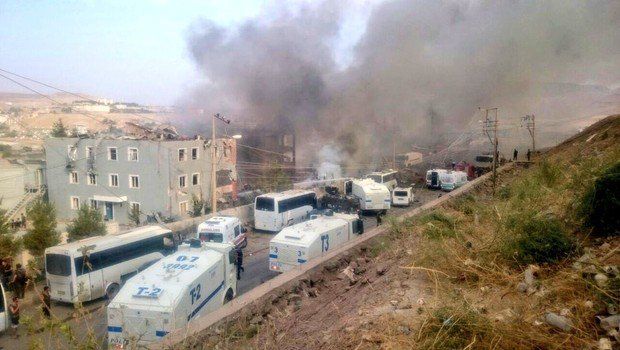 The explosion occurred at 07:00 (04:00 GMT). Pictures show a multi-storey building in ruins, the BBC wrote.

It is unclear who carried out the attack, but Turkish media blamed the banned Kurdistan Workers Party, PKK.

Cizre has been the subject of several curfews in the past few months by Turkish authorities fighting the PKK.

A string of PKK attacks have targeted Turkish security forces since a two-year ceasefire collapsed in July 2015.

Since then, south-east Turkey has seen its worst violence in 20 years.

The latest violence comes as the army reels from a huge purge following a coup attempt in July.

Read alsoSyrian rebels advance south of Jarablus in Turkey-backed operationAs well as fighting the PKK, Turkey is battling so-called Islamic State, whose militants have carried out a series of bloody attacks over the past year.

The PKK, which is banned in Turkey, launched its insurgency in 1984, alleging widespread abuse and discrimination against Kurds by Turkish authorities.

Since the ceasefire broke down, military operations in the south-east and retaliatory attacks by the PKK have left hundreds of people dead.

BREAKING: 9 police officer killed, and 60 wounded after a car bomb attack on a police HQ in #Cizre Southeast #Turkeypic.twitter.com/05pDSsrkpi