The Russian Defense Ministry has announced that warships, boats and support vessels of the Russian Black Sea Fleet and the Caspian Flotilla have left their permanent bases for dispersal areas in the waters of the Black Sea and the Caspian Sea for a surprise combat readiness inspection, according to Russian news agency TASS. 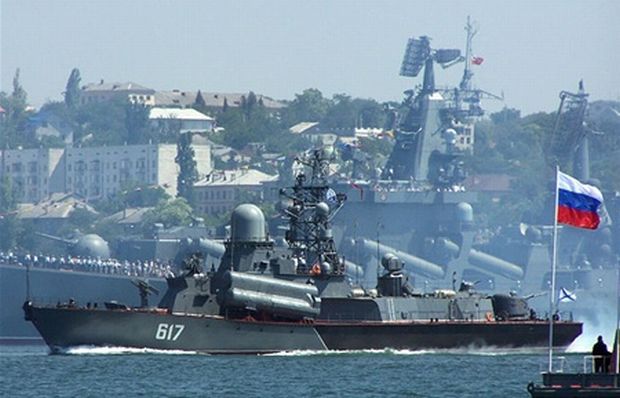 The snap exercises are the largest event in Russia over the past year and a half / Photo from obozrevatel.com

"More than 15 warships of the Black Sea Fleet have put to sea to fulfill the snap check tasks within naval battle groups, anti-submarine strike groups, mine-sweeping groups and detachments of assault landing ships," according to a ministry statement issued on Friday, TASS reported.

More than 10 ships of the Caspian Flotilla have reportedly left their bases in Astrakhan and Kaspiysk.

The snap combat readiness check covers the Southern Military District troops, part of the forces of the Western and Central Military Districts, the Northern Fleet, the Aerospace Forces and the Airborne Forces.

According to the BBC's Russian-language service, among the vessels that are taking part in the event are the Admiral Grigorovich frigate, the Samum and Mirage Bora-class hover-borne guided missile corvettes, the Smetlivy Kashin-class guided missile destroyer and the Aleksandrovets and Kasimov small antisubmarine ships, as well as missile boats, minesweeping ships and the Nikolai Filchenkov, Azov, Yamal, Caesar Kunikov and Saratov Alligator-class landing ships.

Lt. Col Michelle Baldanza, a U.S. Defense Department spokesperson, said the United States hoped that Russia would fulfill all relevant obligations under the existing agreements and provide the necessary assurances to neighbors and information about the extent and nature of these events, the BBC wrote.

The snap exercises are the largest event in Russia over the past year and a half. In recent months, such drills become more frequent. In June, Russia checked the combat and mobilization readiness of its army. In March, a similar event was arranged for the airborne troops, involving about 30,000 men.