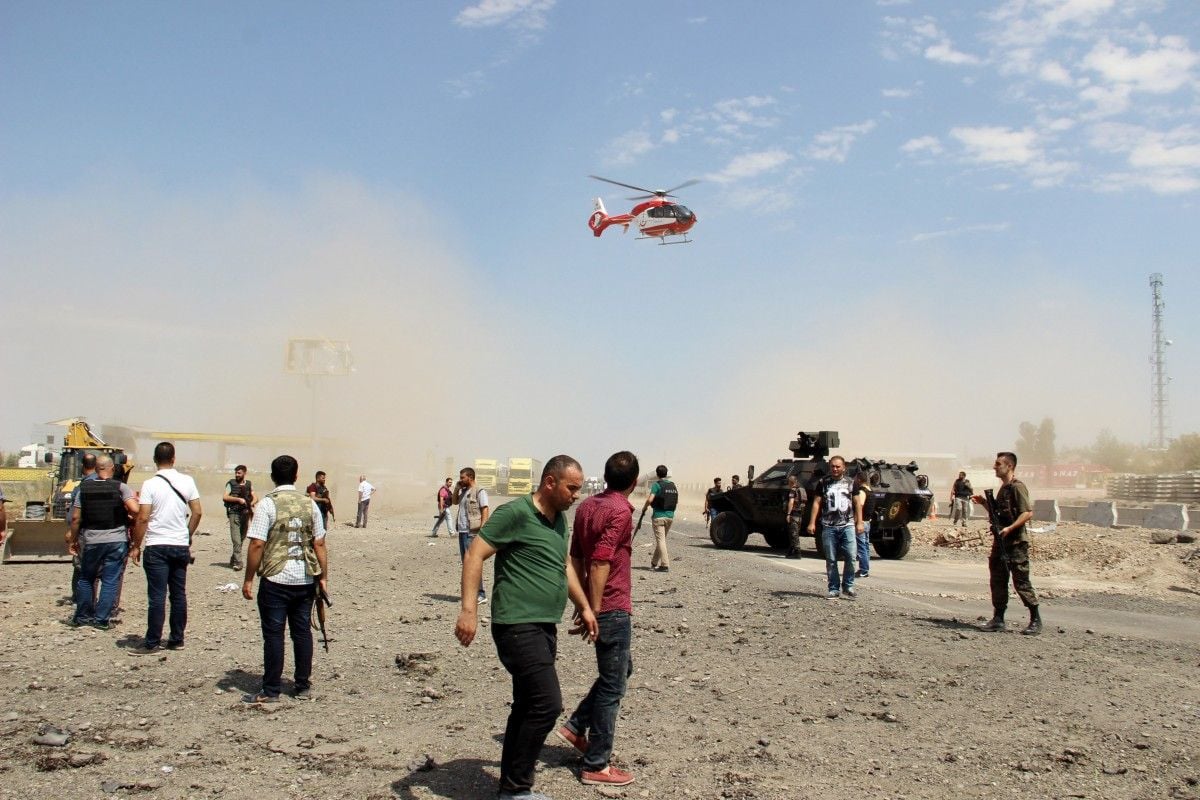 Turkey's government, which is fighting a Kurdish insurgency at home, has said the Syrian campaign it opened this week is as much about preventing Kurdish militia fighters from gaining territory in Syria as about pushing back Islamic State, Reuters reported.

Turkey wants to stop Kurdish forces gaining control of a continuous stretch of Syrian territory on its frontier, which it fears could embolden the Kurdish militant group PKK, which has waged a three-decade insurgency on Turkish soil.

Turkish military sources said one of its soldiers was killed and three others wounded when a tank was hit by a rocket that they said was fired from territory held by the Kurdish YPG. The sources said the army shelled the area in response.

Syrian rebels opposed to Ankara's incursion said Turkish forces had targeted forces allied to the YPG and no Kurdish forces were in the area.

In Turkey, suspected Kurdish militants fired rockets at the airport in the main southeastern city of Diyarbakir, sending passengers and staff scrambling for shelter, Dogan news agency said. There were no reports of casualties.

Turkey's offensive into Syria began on Wednesday, supporting its rebel allies with Turkish special forces, tanks and warplanes. It seized control of Jarablus from Islamic State seeking to stop any Kurdish forces moving in first.

Saturday's use of warplanes against what Turkey said was a Kurdish YPG militia target highlights its determination to prevent any Kurdish territorial expansion in north Syria.

Any action against Kurdish forces in Syria puts Turkey at odds with its NATO ally the United States, which backs the SDF and YPG, seeing them as the most reliable and effective ally in the fight against Islamic State in Syria.

It adds complexity to the Syrian conflict that erupted five years ago with an uprising against Syrian President Bashar al-Assad and has since drawn in regional states and world powers.