On September 2, Polish Defense Minister Antoni Macierewicz said that previously unknown information about the plane crash near Smolensk in 2010, which killed 96 people including Polish President Lech Kaczynski, would be disclosed soon. 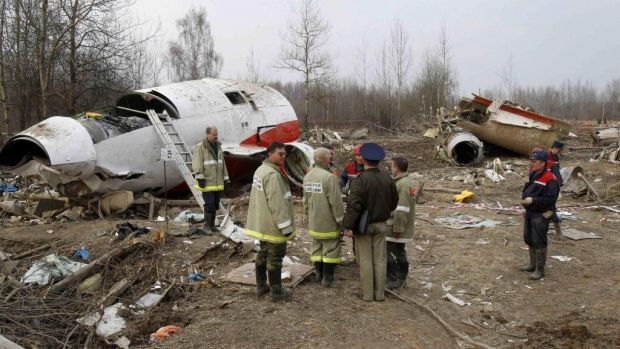 In an interview with Rzeczpospolita, Macierewicz pointed out that the disclosures are based upon new recordings of conversations of the crew of the doomed Tu-154.

In particular, Macierewicz charged, it was "the purpose of the Russian air traffic controllers and Moscow authorities to wreck the plane with President Kaczynski and the entire delegation on board."

"We have real evidence today, including that which was hidden by Miller's commission (the body that earlier investigated the Smolensk disaster – UNIAN). We have horrific confessions by members of this commission," Macierewicz noted.

Macierewicz said the new information will be released in October.

Read alsoRadio Poland: Smolensk exhumation was delayed?As reported earlier, the plane carrying Polish president Lech Kaczynski, along with 96 others, crashed while landing at Severniy airfield in Smolensk due to heavy fog and low visibility. All 88 passengers and eight crew members were killed.

Polish and Russian aviation experts committee earlier concluded that the main reason for the accident was pilot error.

Read alsoPolish defense minister hints at terrorism in 2010 Smolensk plane crashHowever, supporters of the largest Polish opposition party, "Law and Justice" (PiS), whose co-founder was Lech Kaczynski, claim the crash was the result of a deliberately organized attempt on the life of the Polish president, and declared that Polish and Russian authorities had repeatedly tried to conceal this.

In 2016, Poland resumed its own investigation of the accident.