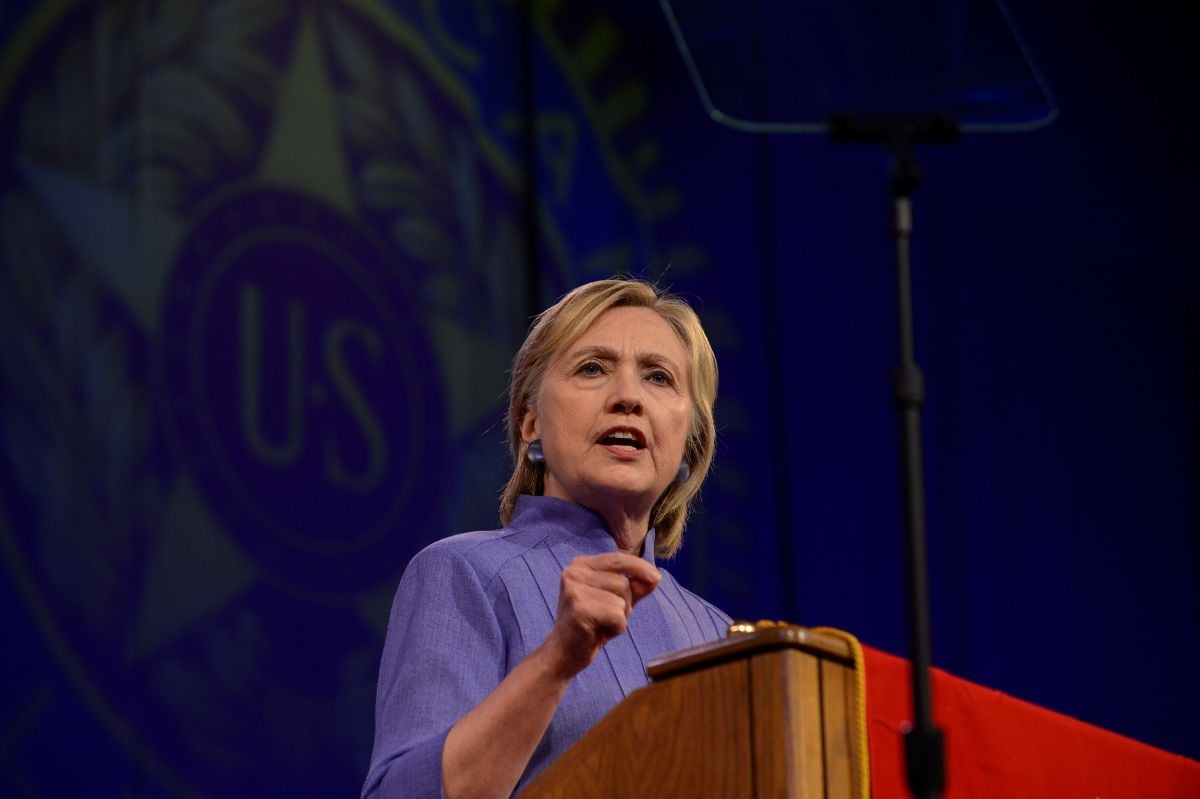 Calling it "almost unthinkable" that a foreign adversary would attempt to manipulate the American political system, Clinton said it appears that Russian President Vladimir Putin and his aides believe they will get some benefit, Bloomberg wrote.

"We have to be doubly on guard to protect our electoral system at all levels and we have to make it clear that we're not going to let anyone interfere with the decisions of the American people," she told reporters traveling with her by airplane between campaign events in the Midwest.

Clinton didn't outline any specific steps she would take to warn Russia or block the nation from interfering. She cited President Barack Obama's remarks on Monday in China that the U.S. has extensive capabilities, both for defense and offense, but that all nations should guard against igniting a cyber cold war.

U.S. officials previously said signs pointed to hackers guided by the Russian government as responsible for the attacks on Democratic National Committee servers earlier this year that resulted in WikiLeaks publishing about 20,000 private emails just before Clinton's nominating convention in July.

Putin, in an interview with Bloomberg News last week, denied accusations that Russia's government had anything to do with the hacking, but characterized the release of the documents as a public service.

"Listen, does it even matter who hacked this data?" Putin said in the interview. "The important thing is the content that was given to the public."

Referring to the interview, Clinton said Putin could "barely muster the energy to deny it." The former secretary of state said that "having met with and watched Putin over the years, when I saw his response to that question, it was very clear he was quite satisfied with himself."

Obama said he addressed the issue when he spoke with Putin while both were at the Group of 20 nations summit in Hangzhou, China, and warned that the U.S. has significant advantages in cyberspace.

Read alsoKremlin: Putin-Obama meeting went off well"We got more capacity than anybody both offensively and defensively," Obama said at a news conference Monday in China. "But our goal is not to suddenly, in the cyber arena, duplicate a cycle of escalation that we saw when it comes to other arms races in the past."

Putin, in power since 2000 and facing re-election in 18 months, has had an acrimonious relationship with Clinton since her failed attempt to "reset" relations as secretary of state in 2009. In 2011, he blamed her personally for stoking the biggest protests of his rule.

Clinton also got in a dig at Republican presidential nominee Donald Trump, accusing him of "generally parroted a pro-Kremlin line'' in his statements about the North Atlantic Treaty Organization and dealing with U.S. allies.

Clinton also briefly addressed the controversy over her use of a private e-mail system and an FBI report released Friday that said she couldn't give an example of how classification of a document was determined didn't recognize that documents marked with a small (c) stood for being confidential.

"I went into the State Department understanding classification, I'd been on the Senate Armed Services Committee for years before I was secretary of state," she said. "I take classification seriously."

She said the fact that she was unable to remember specific meetings "doesn't in any way affect the commitment that I had and still have to the treatment of classified material."

Read alsoA powerful Russian weapon: The spread of false stories – NYTHer remarks came in a rare session where she answered questions from reporters covering her campaign. Today marked the debut of her new campaign plane, which that includes space for reporters who travel with her. Clinton hasn't held a full, formal news conference since December. Trump, in turn, invited a small group of reporters onto his private jet and answered questions.