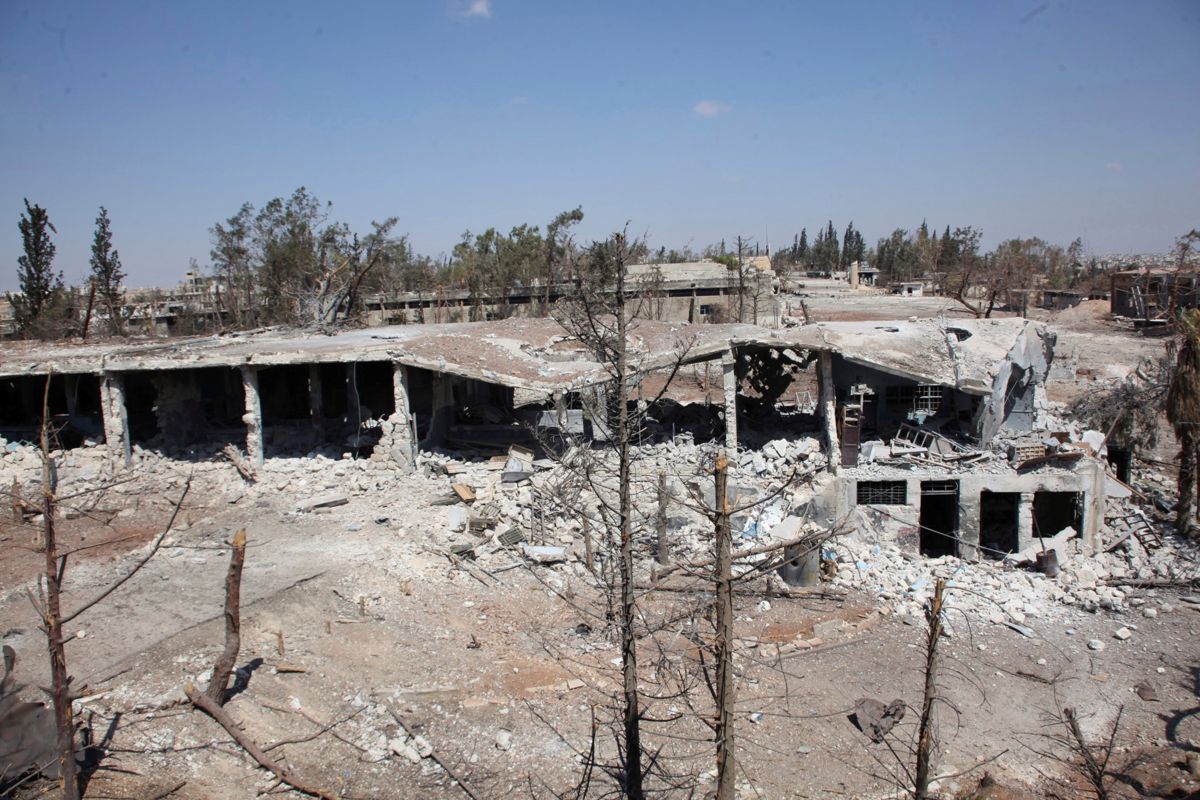 The reports could not be independently verified. A UN-led inquiry concluded last month the that government had used chlorine on at least two occasions.

It comes as Syrian opposition leaders prepare to meet in London on Wednesday to launch a new plan for a political transition to try to end the five-year civil war.

Foreign ministers from the Friends of Syria group of countries, which have supported the rebellion against President Bashar al-Assad, will also attend.

Saudi Foreign Minister Adel al-Jubeir told the BBC that he still believed in a political solution to the conflict, and that Mr. Assad was not in "position of advantage or victory", despite his forces' recent advances.

Read alsoRussian jets attack Idlib with phosphorus bombsChlorine is a common industrial chemical, but its use in weapons is banned by the Chemical Weapons Convention. If high concentrations of the chemical enter the lungs it can cause death.

Opposition activists and medics accused the government of another chlorine attack in Aleppo in August.

Russia, an ally of the Syrian government, has accused rebels of firing shells containing "toxic gas" at government-held areas in Aleppo.

The UN Commission of Inquiry on Syria said on Tuesday that a brief period of relief early this year for civilians caught up in the war in Syria had been replaced by an even more brutal resumption in fighting.

Its 12th report said the cessation of hostilities in February had allowed some towns to receive their first aid in years but it only lasted a few weeks.

On Sunday, Syrian government forces were reported to have recaptured parts of Aleppo city which were lost to rebels last month, placing rebel-held districts in the city's east once again under siege.

A monitoring group said government troops had recaptured two military academy sites in the Ramouseh district, in the south of the city, and severed a recently established rebel supply line.