A U.S. astronaut and two Russian cosmonauts finished a 172-day mission aboard the International Space Station and descended onto the steppes of Kazakhstan in a dawn landing, NASA TV showed, according to Radio Liberty. 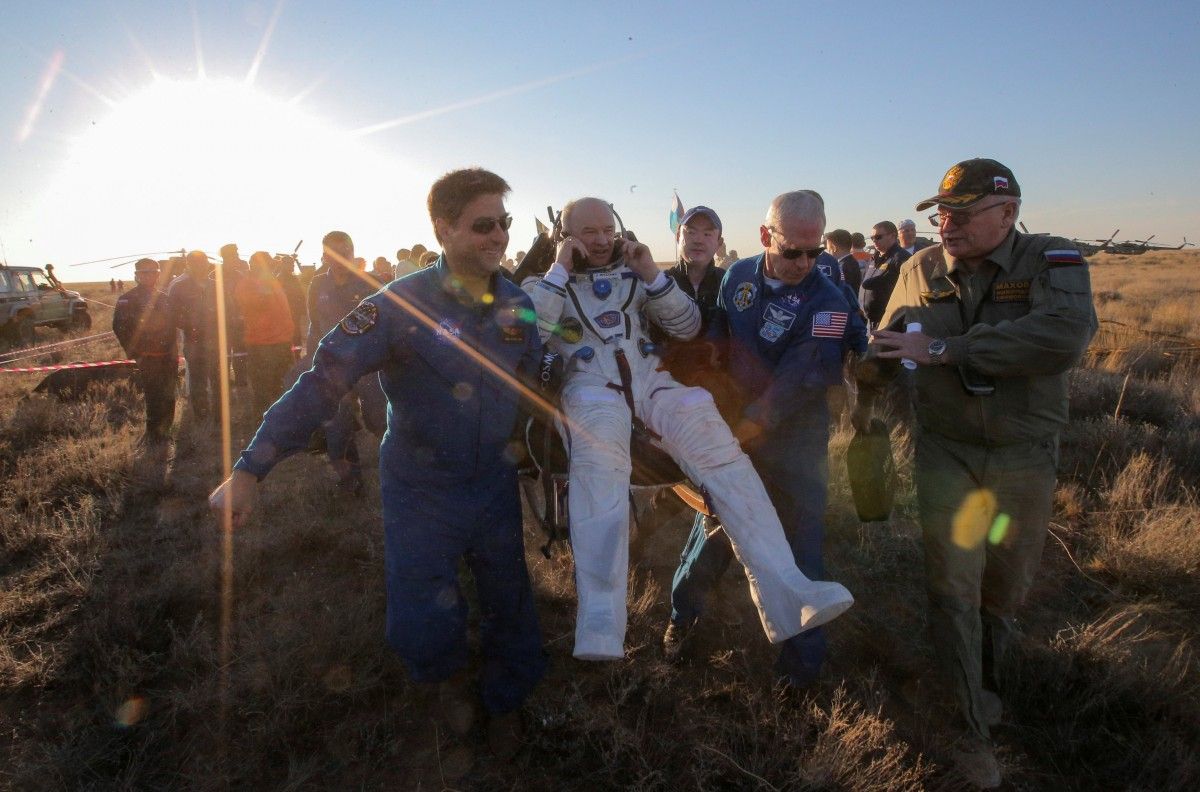 The Soyuz capsule's parachute disappeared into a layer of haze as it neared the ground southeast of Zhezkazgan at 07:00 local time on September 7, RFE/RL reported.

Station commander Jeff Williams, with the U.S. space agency, and flight engineers Aleksei Ovchinin and Oleg Skripochka, both with Russia's Roscosmos agency, had pulled away from the space station hours earlier.

"I will certainly miss this view!" Williams tweeted before leaving, posting a picture of sunlight glinting off the planet.

Read alsoRussia launches Soyuz rocket from Vostochny spaceportWilliams, 58, returns to Earth with a career total of 534 days in orbit, more time than any other U.S. astronaut, though many Russian cosmonauts have posted longer stays.

Williams turned over command of the $100 billion outpost, a project of 15 nations, to cosmonaut Anatoly Ivanishin, who remains aboard the station with NASA astronaut Kate Rubins and Japan's Takuya Onishi.

A replacement crew is due to launch on September 23 from the Baikonur Cosmodrome in Kazakhstan.