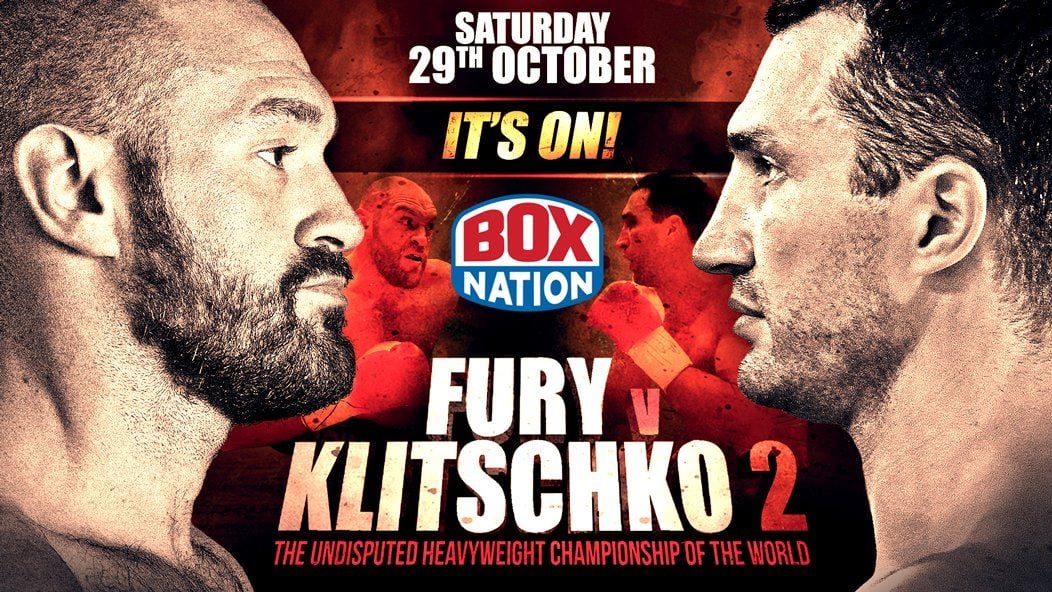 British world champion Fury, 28, claimed the WBO, WBA and IBF belts from the 40-year-old Ukrainian in November 2015, but pulled out of a July rematch with an ankle injury, the BBC reported.

The fight is at Manchester Arena.

"I'm delighted that we can finally get the fight back on. We can now focus on giving the fans what they deserve," said Fury's manager and uncle Peter.

Klitschko was undefeated for 11 years and had held the belts since 2006 before losing to Fury in Dusseldorf on a unanimous points decision.

He tweeted: "Finally the rematch is fixed. I'll remedy my mistake on  October 29 at Manchester Arena. See you there."

Manchester fighter Fury is unbeaten in 25 professional bouts, with 18 knock-outs, while Klitschko is 64-4, with 54 knock-outs.

Read alsoFury brothers suspected of doping, temporarily disqualifiedFury had originally held three of the world belts, but his IBF title was stripped from him soon after he won it when he failed to face his mandatory challenger.

Fury also has a doping suspension hanging over him after being charged by the UK's anti-doping body (Ukad) in June, the same day he pulled out of the Klitschko rematch with injury.

Fury appealed and the provisional ban has been lifted pending a hearing in front of the independent National Anti-Doping Panel (NADP) at a later date.

The British fighter has said he will sue Ukad over its claims he used a banned drug.