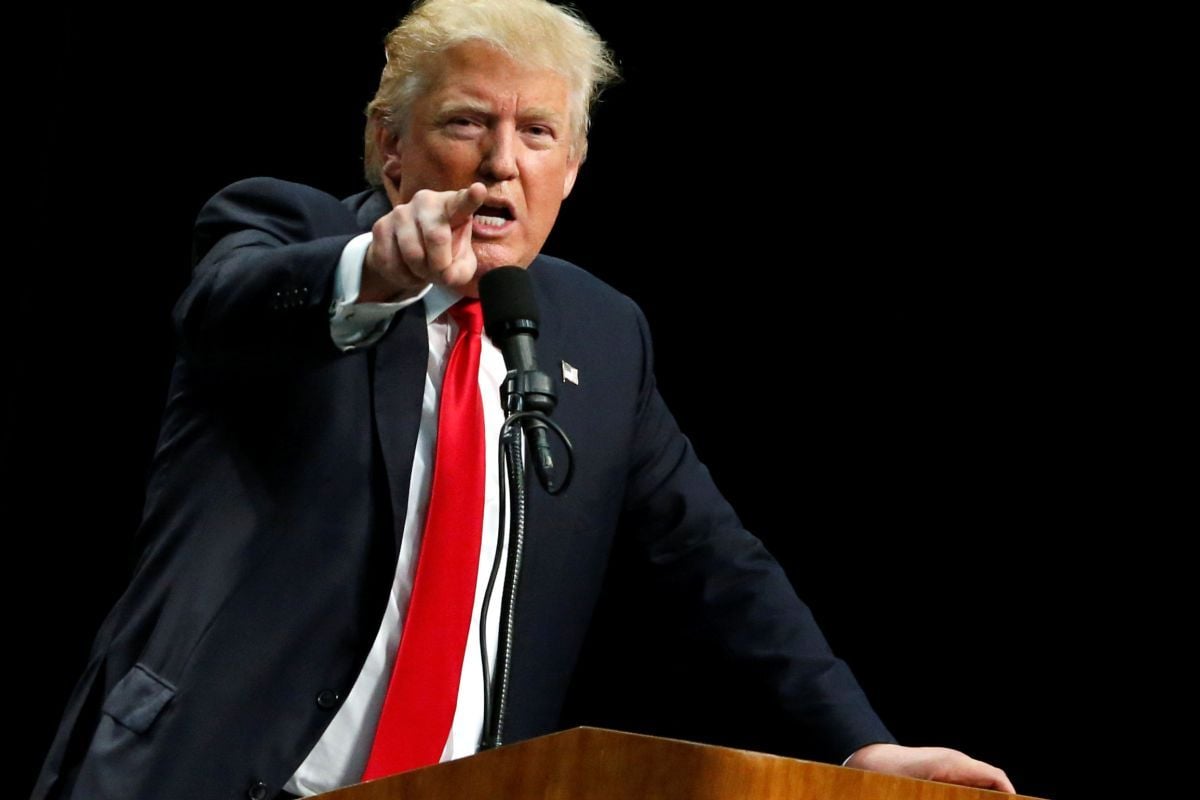 "I think under the leadership of Barack Obama and Hillary Clinton the generals have been reduced to rubble. They have been reduced to a point that’s embarrassing for our country," Trump said at NBC's "Commander-in-Chief" forum in New York attended by military veterans, Reuters wrote.

It was the first time Trump and Clinton had squared off on the same stage since accepting their parties' presidential nominations in July for the Nov. 8 election.

Clinton was grilled over her handling of classified information while using a private email server during her tenure at the State Department. FBI Director James Comey had declared her "extremely careless" in her handling of sensitive material but did not recommend charges against her.

"I did exactly what I should have done and I take it very seriously, always have, always will," she said.Trump's praise of Putin and his suggestion that the United States and Russia form an alliance to defeat Islamic State militants could raise eyebrows among foreign policy experts who feel Moscow is interfering with efforts to stem the Syrian civil war.

Trump had called Obama "the founder of ISIS," an acronym for Islamic State, in stump speeches several weeks ago. The statement drew broad criticism, prompting him to take a more disciplined approach to campaigning. He has since picked up ground on Clinton in national opinion polls.

Trump also flirted with revealing what he had been learning in classified intelligence briefings given to him by U.S. officials because he is the Republican nominee.

"There was one thing that shocked me," Trump said. "What I did learn is that our leadership, Barack Obama, did not follow what our experts ... said to do, and I was very, very surprised. ...Our leaders were not following what they recommended."

Earlier on Wednesday, Trump pledged to launch a new U.S. military buildup, saying America was under threat like never before from foes like Islamist extremists, North Korea and China.

The event offered a prelude to how Clinton and Trump will deal with questions on national security issues in their three upcoming presidential debates later in September and in October.

Read alsoBloomberg: Clinton says possible Russian meddling a serious concernClinton began the forum saying her long experience in government as a U.S. senator and secretary of state made her uniquely qualified to serve as president.

She said she had "an absolute rock steadiness" to be able to make tough decisions, a not so subtle dig at Trump, who Democrats say is temperamentally unfit for the White House.

Moderator Matt Lauer doggedly pressed her about her handling of emails from a private server while secretary of state from 2009 to 2013. The issue has raised questions about whether she can be trusted to serve as president.

Clinton said none of the emails she sent or received were marked top secret, secret or classified, the usual way such material is identified.

Appearing in the second half of the hour-long show, Trump faced questions about his fitness for office. Asked if he would be prepared on Day One to be commander in chief, Trump said: "One hundred percent."

Trump quickly abandoned Lauer's entreaties to avoid attacking his opponent and focus on what he would do if elected president in November.

The event brought together the meticulously prepared Clinton, 68, the wife of former President Bill Clinton, and Trump, 70, a New York businessman whose brash, freewheeling style has allowed him to dominate the headlines during his campaign.