Israeli researchers have alleged that the President of the Palestinian Authority, Mahmoud Abbas, worked for the Soviet intelligence agency the KGB in the early 1980s, according to BBC News. 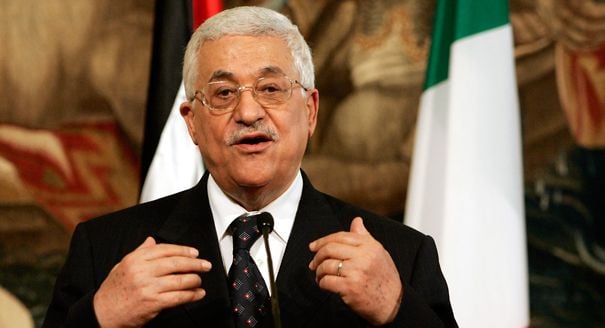 Researchers from the Hebrew University in Jerusalem say a Soviet-era document lists him as an agent, BBC News reports.

The president's spokesman described the claim as an absurd Israeli "smear".

He suggested it was made to derail attempts to re-start Israeli-Palestinian peace talks.

Researchers Gideon Remez and Isabella Ginor said the document, in an archive at Cambridge University, shows that Mr Abbas was a KGB spy when he lived in Damascus in Syria.

The document, which the University of Cambridge's Churchill Archives Centre confirmed was authentic, was smuggled in to the UK by a defector called Vasily Mitrokhin.

It is entitled "KGB developments - Year 1983" and Mr Abbas identifies him by the codename "Krotov" or "mole".

An adviser to the president told the BBC the allegation was made up by Israel.

The Palestinian leader said earlier this week that he had agreed to see Mr Netanyahu in Moscow on Friday, but that Israeli officials had asked to delay the meeting until an unspecified later date.

Read alsoRussia's FSB announces detention of "Ukrainian spy" allegedly planning attacks in CrimeaAbbas was born in 1935 in what was then British mandate of Palestine. After the creation of the State of Israel in 1948 his family fled to the Syrian capital, where he was educated.

He founded the Fatah movement with the late Yasser Arafat in 1959 and became a key figure in the Palestine Liberation Organization (PLO) after its creation in 1964.

Although the biographical details are correct, the BBC's Thomas Fessy in Jerusalem notes that the document does not say how and when Mr Abbas would have been recruited, whether he was paid, and how long he might have worked for the KGB.

Palestinian officials also said the PLO was openly working with Moscow in the early 1980s. Mr Abbas, they added, did not need to be a Soviet agent to liaise with it.