North Korea conducted its fifth nuclear test on Friday, South Korea and Japan said after meteorological agencies reported a surface-level seismic tremor near the North's known test site that indicated it was its most powerful yet, according to Reuters. 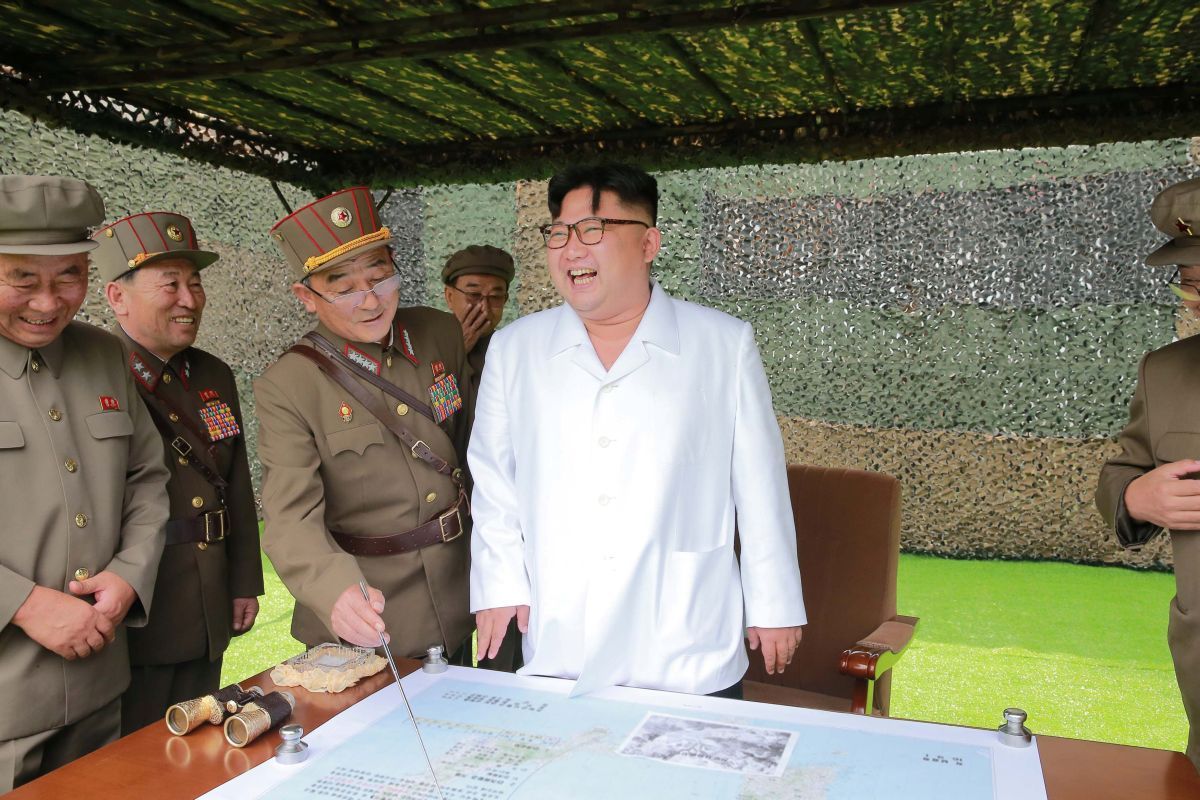 The U.S. Geological Survey and European agencies measured the quake, which was recorded at 0030 GMT, with a magnitude of 5.3. Agencies in China, reclusive North Korea's main diplomatic ally, also recorded the tremor, Reuters wrote.

South Korean President Park Geun-hye, in Laos after a summit of Asian leaders ended there on Thursday, said it was a nuclear test, her office said.

Isolated and aggressive North Korea conducted its fourth nuclear explosion in January and followed it up with a series of missile tests despite severe United Nations sanctions. On Monday, it fired three medium-range missiles during a G20 summit in neighboring China that was attended by U.S. President Barack Obama and other world leaders.

Read alsoUkraine issue at G20Obama held unscheduled meetings with Park and Japanese Prime Minister Shinzo Abe after the missile tests and said Washington needed to maintain a sense of urgency within the international community on sanctions against Pyongyang.

Obama spoke with Park by telephone for about 15 minutes as he flew back from Laos, the presidential office in Seoul said.

Japan also described the seismic event as a nuclear test. Defence Minister Tomomi Inada said that, while it was probably not a hydrogen bomb test, the Pyongyang regime's advances in mobile ballistic missile technology posed a grave threat to Japan.

If a nuclear test is confirmed, it could have been timed by North Korea to coincide with the anniversary of its 1948 foundation as a republic. Its continued testing despite sanctions presents a severe challenge to Obama in the final months of his presidency and could become a factor in the U.S. presidential election in November.

"Sanctions have already been imposed on almost everything possible, so the policy is at an impasse," said Tadashi Kimiya, a University of Tokyo professor specializing in Korean issues.

"In reality, the means by which the United States, South Korea and Japan can put pressure on North Korea have reached their limits," he said.

Japan's Abe said such a nuclear test could not be tolerated. Japan's foreign minister lodged a protest and Tokyo also sent two military jets to begin measuring for radiation.

Jeffrey Lewis of the California-based Middlebury Institute of International Studies said the highest estimates of seismic magnitude suggested this was the most powerful nuclear test conducted by North Korea so far.

He said the seismic magnitude and surface level indicated a blast with a 20- to 30-kilotonne yield. Such a yield would make this test larger than the nuclear bomb dropped by the United States on the Japanese city of Hiroshima in World War Two and potentially bigger than that dropped on Nagasaki soon after.

"That's the largest DPRK test to date, 20-30kt, at least. Not a happy day," Lewis told Reuters, using the North's official title of the Democratic People's Republic of Korea.

"The important thing is that five tests in, they now have a lot of nuclear test experience. They aren't a backwards state any more," he said.

South Korea's military said the seismic event indicated a blast with a 10-kilotonne yield, still the largest ever conducted by the secretive North.

Kune Y. Suh, a nuclear engineering professor at Seoul National University, said the latest test, if confirmed, appeared to be two to three times larger than earlier tests, with a potential yield of more than 10 kilotons.

"So North Korea can now show off their nuclear capability proudly," Suh said.

Lassina Zerbo, the head of world monitoring agency the Comprehensive Nuclear-Test-Ban Treaty Organization, said the seismic activity registered on Friday was larger than that triggered by the North's test in January.

That test was recorded with a magnitude of 5.1, according to the U.S. Geological Survey.

The White House's National Security Council said it was aware of seismic activity on the Korean Peninsula. "We are monitoring and continuing to assess the situation in close coordination with our regional partners," an NSC statement said.

North Korea has been under U.N. Security Council sanctions since it first tested an atomic device in 2006.