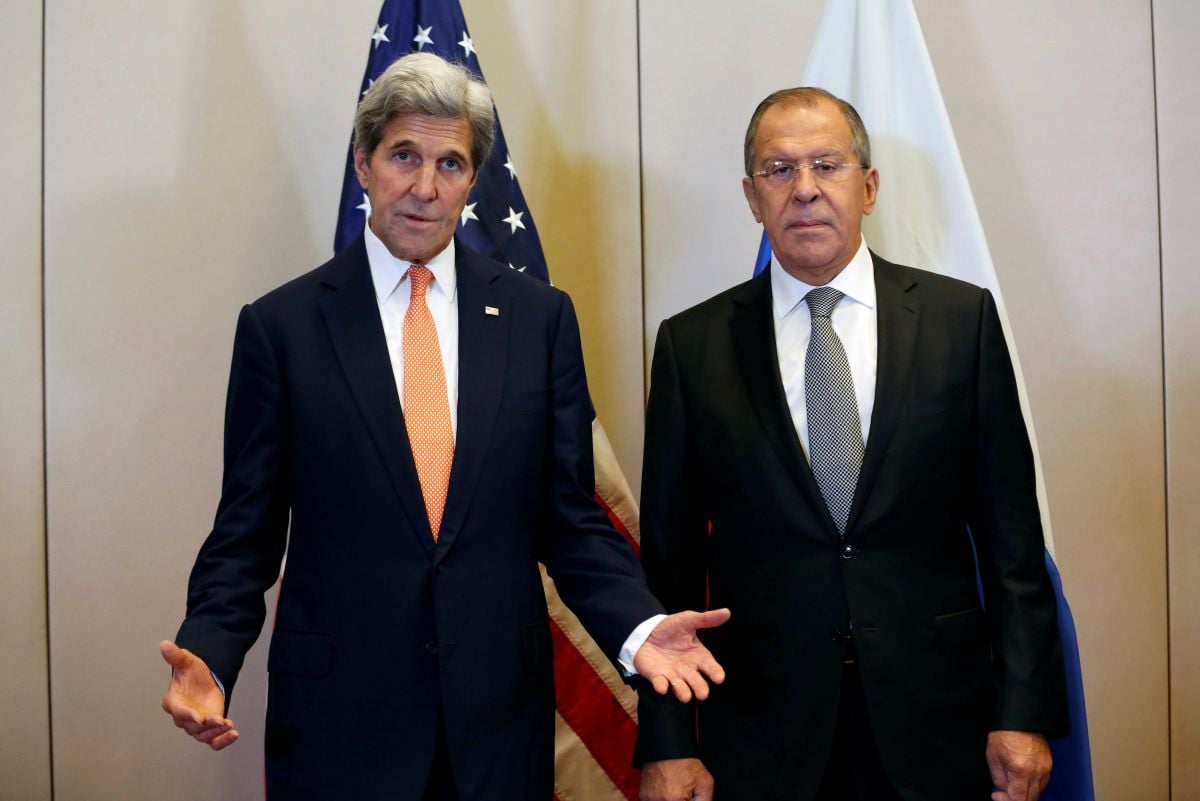 "Today, Sergei Lavrov and I, on behalf of our presidents and our countries, call on every Syrian stakeholder to support the plan that the United States and Russia have reached, to... bring this catastrophic conflict to the quickest possible end through a political process," U.S. Secretary of State John Kerry told a news conference after marathon talks in the Swiss city, as reported by Reuters.

Russian Foreign Minister Sergei Lavrov said that despite continuing mistrust, the two sides had developed five documents that would revive a failed truce agreed in February and enable military coordination between the U.S. and Russia against militant groups in Syria.

Both sides agreed not to release the documents publicly.

"This all creates the necessary conditions for resumption of the political process, which has been stalling for a long time," Lavrov told a news conference.

The deal followed talks that stretched late into Friday night and several failed attempts to hammer out a deal over the past two weeks. The announcement on Friday was delayed as Kerry and U.S. negotiators consulted with officials in Washington.

"The Obama administration, the United States, is going the extra mile here because we believe that Russia, and my colleague (Lavrov), have the ability to press the Assad regime to stop this conflict and to come to the table and make peace," he said.

Previous efforts to forge agreements to stop the fighting and deliver humanitarian aid to besieged communities in Syria have crumbled within weeks, with the United States accusing Assad's forces of attacking opposition groups and civilians.

Read alsoSyria conflict: Senior militant leader 'killed' near Aleppo – BBCKerry said the "bedrock" of the new deal was an agreement that the Syrian government would not fly combat missions in an agreed area on the pretext of hunting fighters from the banned Nusra Front, an al-Qaeda affiliate in Syria.

"That should put an end to the barrel bombs, and an end to the indiscriminate bombing, and it has the potential to change the nature of the conflict."

Under the agreement, Russian-backed government forces and opposition groups, supported by the United States and Gulf States, would halt fighting for a while as a confidence building measure. During this time, opposition fighters will have the chance to separate from militant groups in areas, such as Aleppo, where they have become intermingled.

If the truce holds from Monday, Russia and the United States will begin seven days of preparatory work to set up a "joint implementation center", where they will share information to delineate territory controlled by Nusra and opposition groups.

Both warring sides would pull back from the strategic Castello Road in Aleppo to create a demilitarized zone, while opposition and government groups would both have to provide safe and unhindered access via Ramouseh in the south of the city.

"We must go after these terrorists," Kerry said. "Not indiscriminately, but in a strategic, precise and judicious manner so they cannot continue to use the regime's indiscriminate bombing to rally people to their hateful crimes."

All sides in the conflict would need to adhere to the nationwide truce, Kerry added, cautioning opposition fighters that if they did not separate from Nusra they would not be spared from air attacks.

"This requires halting all attacks, including aerial bombardments, and any attempts to gain additional territory at the expense of the parties to the cessation. It requires unimpeded and sustained humanitarian access to all of the besieged and hard-to-reach areas including Aleppo."