Poll: Over 80% of Russians not ready to protest

The protest wave of 2011-2012 brought the Russians a sense of frustration and impossibility of change, according to Russian newspaper Vedomosti with reference to the findings of a survey by the Levada Center, an independent Russian polling and sociological research organization. 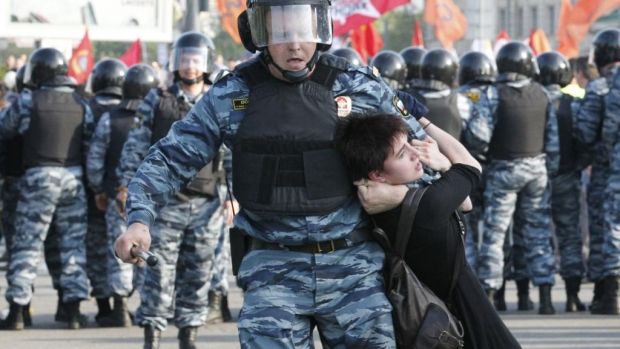 Only 18% of respondents see the possibility of mass protests against falling living standards, while 15% admit protests with political demands.

82% and 85% of respondents said they were not ready to participate in such actions.

Read alsoBack in USSR, or Stalin's 11 blows to Russia’s future"The history of the protests of 2011-2012 showed that the country has not changed, there is a fear of the events in Ukraine, and protests are not perceived as peaceful actions. In addition, people are concerned that the government sees the protests as an unacceptable form of dialogue with the public: they remember about the timeline for the "marsh case,'" Deputy Director of the Levada Center Alexei Grazhdankin said.

Experts also point out that there is no political force in Russia today, which is ready to lead the protests, and the society is experiencing depression that does not correlate well with protest actions.