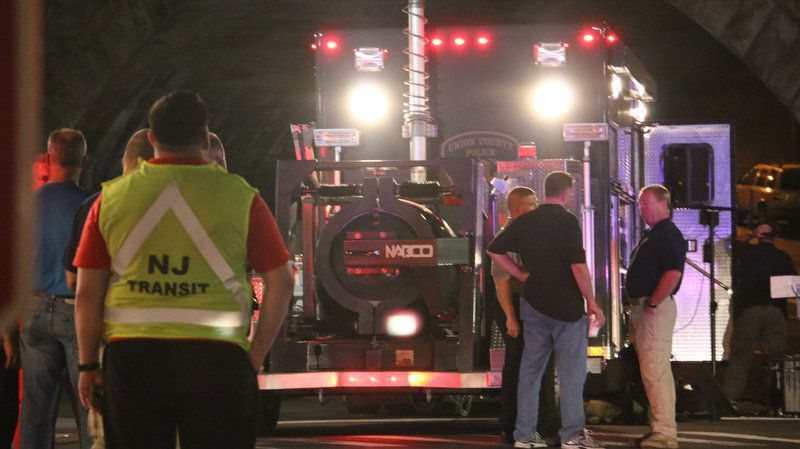 The blast occurred around 12:40 a.m. near Morris Avenue and Julian Place. The explosion was not a controlled blast, but happened as a bomb robot was cutting the device, according to Mayor Christian Bollwage, the report said.

No one was injured in the blast, Bollwage said.

Police found five devices inside a single backpack near the train station, including one that went off. After the explosion, press and bystanders were moved back because the other explosive devices inside of the backpack were believed to still be live, Bollwage said.

The incident unfolded after two men found the backpack in a waste basket on North Broad Street and Julian Place around 9:30 p.m. Sunday, the mayor said.

The men took the package "because they thought it was of some value," walked for a bit, then saw wires and a pipe, dropped the package and notified Elizabeth Police, he said.

Reached after midnight on Monday morning, a spokesman for the FBI in Newark, Special Agent Michael Whitaker, said only that his agency had responded to the scene, and declined to provide any details of the investigation.